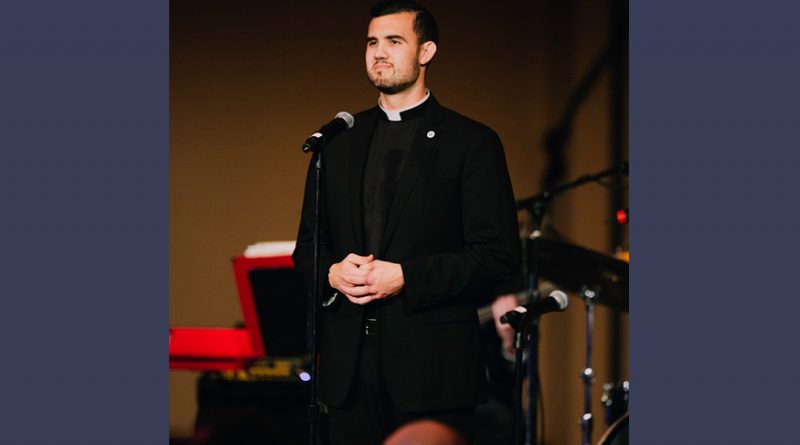 MUNDELEIN, Ill. — Deacon Michael McAndrew is one of about two dozen men in various stages of formation for the priesthood of the Archdiocese of Dubuque.

The University of Northern Iowa graduate is in his final year at Mundelein Seminary in Illinois where he studies with other men in “major” seminary. A group of priesthood candidates also currently studies at St. Pius X Seminary, the archdiocesan seminary on the Loras College campus. The transitional deacon originally planned to be a teacher, following in the footsteps of both his parents, Marta and Matthew of Coralville. Through his involvement with the Catholic student center at UNI, Deacon McAndrew began to grow stronger in his faith He started considering the priesthood as a senior.

“I was kind of scared of that at first,” he said.

Deacon McAndrew’s activities in the church leading up to his entrance into the seminary helped him with discernment.

“The gifts and talents I’d been given, I felt like I had a good knack for ministering to others,” he said. “I had been doing some retreat stuff and (was a) small group leader. I really enjoyed that. It gave me a lot of life … .”

The deacon grew up being involved in the church and gives credit to his parents for supporting him through his journey of faith.

Deacon McAndrew usually starts his day at seminary with eucharistic adoration and Mass, followed by breakfast and a day full of classes. At night, he and his classmates sometimes pray together and hang out.

“We have really good fraternity,” said the deacon. “That’s been really helpful.”

The seminarians also gain experience by serving in Chicago area parishes through “The Teaching Parish Program.”

As the clergy sex abuse crisis has unfolded over the last several months, the deacon reports that it’s been tough for seminarians, but, he says, they remain committed to pursuing their vocations.

“I think the effect it has had is for us to hold our heads up high and engage our formation with a greater zeal and a greater desire to be good and holy priests,” he said.

The deacon recommended beginning any effort to hear God’s call in one’s life with prayer.

“For young men discerning priesthood, I’d say it’s just something you’ve got to be open to and to allow God to work in those areas that you might be unsure of,” said Deacon McAndrew. “I came to see where there’s real joy in this vocation, and I’m so happy to be in it.”

Deacon McAndrew will be ordained with four of his classmates in 2019. Photo courtesy of Mundelein Seminary. 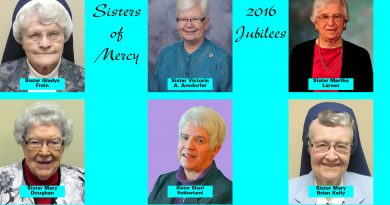