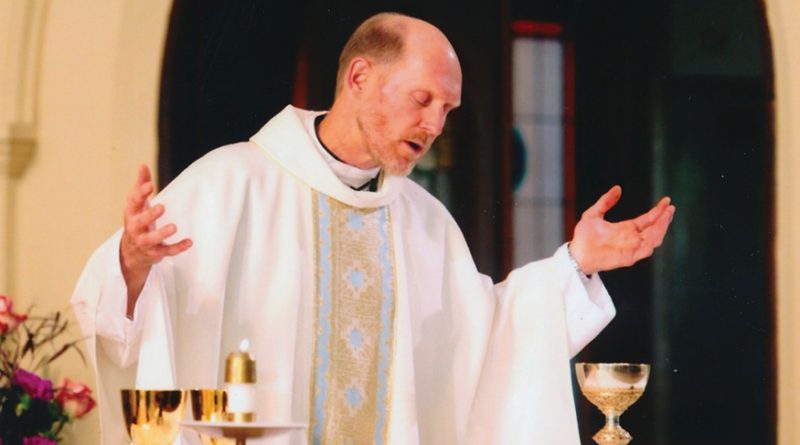 DUBUQUE — “It’s been surreal,” Msgr. Thomas Zinkula said of the past month. “I’m still trying to wrap my brain around the magnitude of this new role.”

Msgr. Zinkula, who has served as a priest for the Archdiocese of Dubuque since his ordination in 1990, has been elected by Pope Francis to be the next bishop of the Diocese of Davenport.

His appointment was announced by the Vatican and the apostolic nuncio, the pope’s representative to the United States, on April 19 — which happened to also be Bishop-elect Zinkula’s 60th birthday.

He learned of the new role he was being asked to accept just 11 days prior to the public announcement. Bishop-elect Zinkula, who has been serving as the rector of St. Pius X Seminary, was with the seminarians on a retreat over Palm Sunday weekend when the apostolic nuncio left a voicemail message on his cell phone.

“He said to call him back. He didn’t say what he wanted,” Bishop-elect Zinkula said. “But I’m thinking maybe it’s a joke. These guys, the seminarians, are practical jokers, so I thought maybe they’re just goofing around.

“But, the nuncio is French and has a French accent, so I also thought that might be kind of hard for them to pull off.”

He called the nuncio back that Saturday evening and learned it was no seminarian prank; the pope, the nuncio told him, had selected him to be the ninth bishop of the Diocese of Davenport. After being offered the position, Bishop-elect Zinkula requested a little time to think and pray about the appointment.

“The nuncio said, ‘oh that’s fine,’ so I was thinking maybe I’d have a couple of days,” the bishop-elect remembered.

But the nuncio was anxious for an answer, so Bishop-elect Zinkula told him he would let him know the following day. After an impromptu meeting with Archbishop Michael Jackels to talk with him about what he was discerning, Bishop-elect Zinkula called the nuncio back on Palm Sunday afternoon and accepted the position in Davenport.

“By that Monday, just a day later, the date of the announcement of the appointment and the date of the ordination were set,” Bishop-elect Zinkula said. “So it was all very quick.”

The future bishop of Davenport is a Mt. Vernon native, who graduated from Cornell College in 1979 with bachelor degrees in economics and mathematics. He earned a law degree from the University of Iowa in 1983 before practicing law for several years at a Cedar Rapids law firm.

While he enjoyed his law career, and even ventured out into the dating scene for a bit, he said he struggled with the feeling that something was missing in his life. He felt God wanted him to be of service to others, so, he said, he started volunteering at a couple of local nonprofit organizations.

“When I was thinking of service, I was thinking nights and weekends. But God wanted more than a piece of my spare time, he wanted my whole life,” Bishop-elect Zinkula said.

After he realized he was called to the priesthood, he entered seminary. He received his master in theology degree from The Catholic University of America in Washington, D.C., in 1990 and earned a licentiate degree in canon law from St. Paul University in Ottawa, Canada, in 1998.

Bishop-elect Zinkula has had several assignments in the Archdiocese of Dubuque as an assistant pastor, pastor and as a sacramental priest to parishes in Dubuque, Rickardsville, Sherrill, Balltown, Holy Cross and Luxemburg.

In 2014, he became seminary rector while continuing to serve as a judge in the Tribunal, a position he’s held since 1998.

As he prepares to leave behind the many experiences he’s had as a priest in the Archdiocese of Dubuque, Bishop-elect Zinkula said he has mixed emotions.

“I’ve been here my whole priesthood,” he said. “I know all these priests. And at the chrism Mass (on the Tuesday of Holy Week) I started to look around at my brother priests and knew this would be my last chrism Mass with them. And I have a lot of wonderful memories of the parishes I’ve served in, the people I’ve served, and I’m going to be leaving those relationships, so I am grieving.”

“But I’m also looking forward to this new thing,” he said. “I like challenges. It’s a new adventure, getting to know new people and a new diocese, and I’m excited to jump in. There is a sense of peace about all of this. I feel called to do this.”

Bishop-elect Zinkula said he plans to be patient with himself as he begins his new position with its many responsibilities.

“It’s a challenging office in the church, and I’m well aware of my weaknesses and limitations, and I know I have a lot to learn — about being a bishop and about this new diocese — so I recognize that I’ll make mistakes, but overall I feel good about the new role,” he said. “I just need to take it all one step at a time.”

In his roles as a parish priest and as rector of seminarians, Bishop-elect Zinkula said he has always thought of himself as a spiritual father to those he has served. He said he’s trying to view his new role as bishop similarly.

“As a bishop you’re a spiritual father, too,” he said; “your flock is just a little bigger.”

In preparation for his new role, and bigger flock, Bishop-elect Zinkula said he would soon be going on a retreat to help strengthen himself spiritually and would also need to attend a Course of Formation for New Bishops in Rome, which he referred to as “Baby Bishop School.” Archbishop Jackels, he said, would serve as his mentor.

Bishop-elect Zinkula said he is grateful to Bishop Martin Amos, the outgoing bishop of Davenport, and to the people of the Davenport Diocese for being so welcoming and for already helping him to get acclimated. A transition team and plan have been in place in the diocese since 75-year-old Bishop Amos submitted his resignation in December of last year.

“They’ve been preparing for this for months,” Bishop-elect Zinkula said. “They’ve been praying that they would get a good bishop after Bishop Amos retires. Knowing that is very humbling. But the thing is — I’ve been reflecting on this — it’s not about me at all. They don’t know me yet. It could have been someone else who showed up for the press conference (on April 19), and they would have been excited about the announcement. It’s about the office. It’s about apostolic succession. It’s about the role of a bishop. So that’s kind of cool.”

His ordination and installation as ­bishop will take place on June 22 at St. John Vianney Catholic Church in Bettendorf. Archbishop Jackels will be principal consecrator with Bishop Amos and Archbishop Emeritus Jerome Hanus, OSB, as co-consecrators.

Attendance for the ceremony is by invitation only due to limited space, but the bishop-elect is planning on celebrating a Mass of Thanksgiving at the Cathedral of St. Raphael in Dubuque on Monday, June 26 at 6:30 p.m.

As he ends one chapter of his life and prepares to begin a new one, Bishop-elect Zinkula said he is recognizing how his life experiences have brought him to this moment and have helped prepare him for what he’s about to undertake. 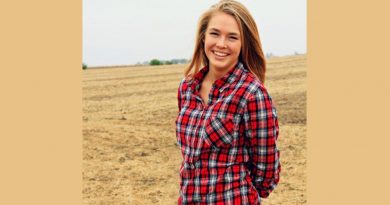 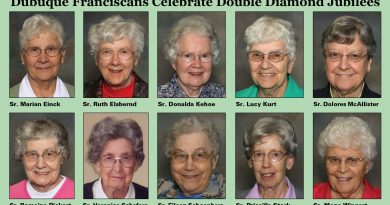