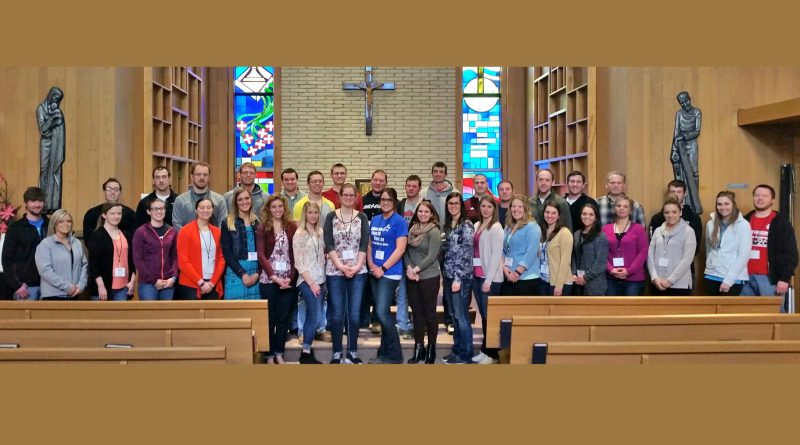 CEDAR FALLS — There’s an old adage that says, “A wedding is for a day, but a marriage is for a lifetime.”

The church encourages engaged couples to keep that sentiment in mind as they plan for their wedding, asking them to prepare not only for the ceremony and the reception, but also, and more importantly, for their married life that will follow.

The Archdiocese of Dubuque offers couples several opportunities that are intended to deepen their understanding of the sacrament of marriage while gauging their readiness for married life and helping them learn more about themselves as individuals and as a couple.

That preparation can come in a variety of forms. Engaged Encounter, Pre-Cana and Sponsor Couple are three options Manternach says her office suggests pastors utilize when working with couples looking to marry in the church.

Engaged Encounter is a weekend retreat and Pre-Cana a daylong event, both of which highlight areas of importance for couples preparing to live with each other for the rest of their lives; topics discussed include: communication, sexuality, natural family planning, finances, spirituality and the sacraments.

Sponsor Couple is a mentoring program in which a couple from a parish meets with an engaged couple for several sessions and walks with them during their wedding preparation process, allowing for a more personal one-on-one experience.

Preparation can also include an inventory such as FOCCUS (Facilitating Open Couple Communication, Understanding and Study), which provides individualized feedback to couples and reveals their patterns of strength and also areas that might need their attention.

“It is proven that marriage preparation makes a difference in helping couples in married life,” Manternach said. “Often we hear in evaluations that some of the topics we cover the couple has never talked about before this time. Many times couples need skills to better interact with each other. Marriage preparation is a great way to start.”

The Engaged Encounter retreats, which are offered six times per year at the American Martyrs Retreat House in Cedar Falls, are a good option for many couples in the archdiocese since they provide the chance to get away together for an entire weekend and spend time concentrating on building the relationship.

Each Engaged Encounter weekend is led by a priest and a team of three married couples who share their life experiences and discuss the joys and the challenges they’ve faced in their own married lives.

Deacon Phil and Julie Paladino of St. Mary Parish in Waverly were one of the presenting couples at the April retreat. The two, who recently celebrated their 34th wedding anniversary, have been involved with Engaged Encounter in the archdiocese for the past four years, not only presenting, but also serving as directors for the program and helping to organize and train priests and other presenting couples.

“In our culture, many engaged couples spend many hours and much money planning for their wedding day – clothing, accessories, gifts, food and drink, music, activities, a honeymoon.

“Yet it is much more important to take time together to truly and honestly communicate with each other about topics like feelings, stages of love, finances, speaker/listener technique, the sacrament and vocation of marriage, faith, family and future,” said Julie Paladino, explaining why she thinks it’s so important that Engaged Encounter is offered in the archdiocese.

One of the most valuable aspects of the program, Paladino believes, is the opportunity it offers couples to slow down and to reflect. “Having quiet time in the retreat experience gives them time to be quiet alone and together. They have time to focus on communicating with each other. That quiet time is often not present in the rush to plan and do ‘the wedding.’”

At the April retreat, one of the other couples that presented with the Paladinos was Dawn and Byron Podhajsky, who live in Janesville and are fellow parishioners at St. Mary’s in Waverly.

Though this was the first time the Podhajskys presented at an Engaged Encounter weekend, it wasn’t their first experience with the program.

“We participated in an engagement encounter back in December 2000 at Amer­ican Martyrs Retreat House in Cedar Falls (when we were engaged),” Dawn Podhajsky said. “The experience really pushed us to think and discuss topics at a deeper level. It was a great experience and really helped us with communication.”

The Podhajskys, who will celebrate their 15th wedding anniversary this August, shared that they still have the letters that they wrote to each other when they attended Engaged Encounter as a young couple preparing for marriage. “We kept the letters so we could look back and see how much we had grown as individuals and as a couple. We wanted to share them with our children as well,” reflected Podhajsky.

Now an Engaged Encounter presenter, Podhajsky said she enjoys the chance to help other couples by telling them what has and hasn’t worked for her and her husband and by sharing real life situations from the first 15 years of their marriage. “Byron and I feel blessed to have been given the opportunity,” she said, “and look forward to presenting at another Engaged Encounter in the near future.”

Contributed photo. Eighteen couples participated in the Engaged Encounter weekend at the American Martyrs Retreat House in Cedar Falls on April 8-10. The marriage preparation retreats are held six times per year in the Archdiocese of Dubuque. The next Engaged Encounter is scheduled for June 10-12. 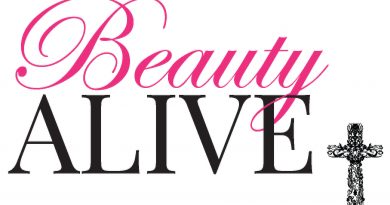