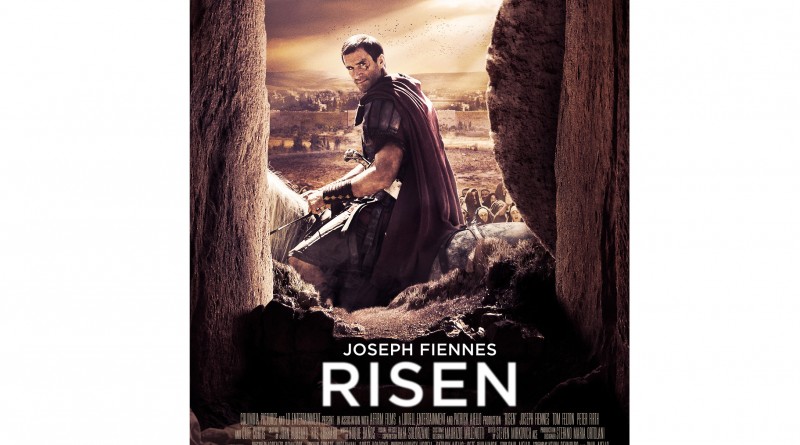 Movie comes to Dubuque ahead of Feb 19 release

DUBUQUE — At the beginning of the new film “Risen,” Barabbas, the man the crowds asked Pontius Pilot to free instead of Jesus, is caught again after an intense battle.

Before the Jewish rebel is executed for fighting against the Roman Empire, Clavius, a high-ranking military commander known as a “Tribune,” exclaims, “Tell Yahweh you are coming courtesy of Mars!”

Thus starts the fictional saga chronicling the day of Christ’s crucifixion and the days after, when Romans try to find the missing body of Jesus three-days later.

Clavius is a man dedicated to the pagan religion of his empire and skeptical of the beliefs of the Jews and the “fanaticism” of Christ’s followers. War-weary, but ambitious, he is put in charge of the investigation.

Aquinas Communications, the non-profit organization behind KCRD FM, a radio station in Dubuque led by lay people with a mission to evangelize, brought an advanced screening of “Risen” to the city Feb. 4 at AMC Theaters. The film isn’t officially going to be released in theaters until Feb. 19.

President of Aquinas, Tom Oglesby, worked with a media group promoting the film to make the premiere happen.

“We thought it would be a good way to spread the Good News through the movie,” said Oglesby at the screening. “Next week is Ash Wednesday so it is a good way to get people thinking about Lent. I think the point of view of the movie is unique … It’s a detective story.”

About 200 people, many of them Catholics from parishes around the archdiocese, attended the screening.

“I thought (the film) was quite powerful,” said Gene Finzel, a parishioner of St. Joseph’s Parish in Bellevue, who traveled to Dubuque with his wife Diana.

“This started with the crucifixion and it went from there,” she added.

“Risen” is a gripping depiction of early Christianity through the eyes of a non-believer who is struggling with his own desire to find peace as he does his best to seek truth. Starring veteran actor Joseph Fiennes, the film is unusual for three reasons — first, it’s not common to find films with a Christian theme in mainstream movie theaters and produced by major movie studios, in this case Sony. Second, this film depicts the crucifixion and its aftermath from the perspective of someone who is a pagan Roman, not a Christian, and third, it is well made.

The filmmakers pay particular attention to historical details, including the way in which Jews and Romans in the tumultuous first-century Holy Land lived. The story by Paul Aiello is respectful to Christian beliefs, but also presents the narrative in a way that is not over-bearing or alienating to non-Christians. The actor’s performances and script are exciting enough to hold an audience’s attention for two hours.

“Risen” is trying something that many other religious films do not — to be sensitive to the un-churched in the audience, while still being a subtle medium for evangelization. The star, Fiennes, offers a living example of this. The actor was baptized Catholic but is not currently practicing. In a recent interview with Catholic News Service, he compared his character Clavius meeting with Jesus in the film to his real-life meeting with Pope Francis during a brief encounter at the pope’s general audience on Feb. 3.

“To tell you the truth, I had so many questions and when he looked me in the eye, the conversation seemed pointless,” Fiennes recalled. “It was a connection beyond conversation, he’s deeply connected as a spiritual being and so talking seems like a waste of time, it seemed shallow. And it’s the same with the character meeting Christ, as if to say, ‘This is enough.’”

What does it mean to be pro-life and work for social justice? 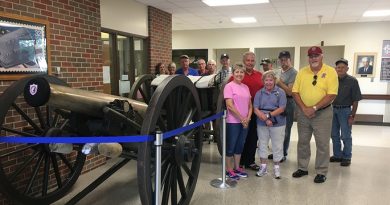 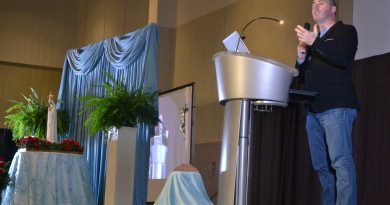