Blessed those whom the Lord has chosen

Models of faith, Abraham and Sarah 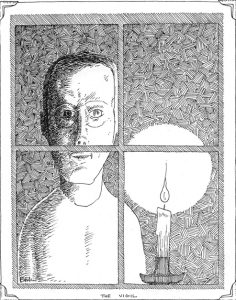 The drawing this week might need some explanation. It shows a boy watching at a window, keeping vigil. But a closer look reveals that the image is a photo mounted in an album. The implication is that this is a picture from the past, looking into the future. In other words, it’s a rather indirect reminder that we are a faith people who have been looking into the future for a long time. Our historical stance is one of expectation.

The book of Wisdom was produced very late in the pre-Christian era by the important Jewish community of Alexandria, Egypt. Written in Greek, it was not counted as part of the Hebrew Bible, though the Catholic Bible has always included it. As the introduction in your Bible probably notes, it has three parts, with Solomon presented as its author, even though it appeared some eight centuries after his death.

The third part, from which our reading is taken, is interesting, especially considering that it was written in Egypt. The text is built around five examples from the Exodus, contrasting God’s favorable treatment of Israel, the group of ex-slaves, with the fortunes of the Egyptians. The fifth of these provides today’s passage. It evokes the night of the Passover, when Israel escaped, while the firstborn of the Egyptians did not. The midnight vigil of that first Passover contributes its sense of urgency to the theme for today.

But with the Passover we come to another aspect of this week’s set of readings. They draw on the image of a journey. The Exodus across the Red Sea, following upon their release from Egypt, was remembered as the journey by which God delivered them into freedom and created them as a people.

In the second reading, we are beginning some weeks with the letter to the Hebrews, beginning with chapter eleven, and the example of Abraham and Sarah. We read from the earlier chapters in the previous years. We skip over a short mention of Cain and Abel, Enoch, and Noah, to spend a lot of time with Abraham. Abraham was remembered as the paradigm of faith, following God’s promise into new lands and unknown futures. In the longer reading we are once again reminded that Abraham was remembered as a sojourner, traveling as a stranger in a strange land.

In the gospel passage from Luke, Jesus urges vigilance on his disciples. “Gird your loins and light your lamps, and be like servants who await their master’s return from a wedding, ready to open immediately when he comes and knocks.” All along the road to Jerusalem, as we travel with Jesus during this liturgical season, we’ve been hearing stories of hospitality and of traveling light. Now we turn the image around, and place ourselves in the role of the servants waiting for a journeying master.

Here we also have the option of a longer reading. In it we see Peter responding with a question: “Lord, is this parable meant for us or for everyone?” With that, attention turns from the disciples in general to the leaders among the disciples—the Apostles: “Who, then, is the faithful and prudent steward whom the master will put in charge of his servants to distribute the food allowance at the proper time?” These are the Twelve named in 6:12-16. They are delegated at the supper, 22:24-30, and will form the basis of the Apostolic Council (Acts 4:32-37; 8:1; 15:2).

For reflection: How are Christians traditionally a people looking to the future? 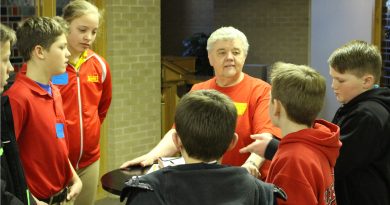 Vocation day reminds students they are created, loved and called by God

The prophet repays a kindness