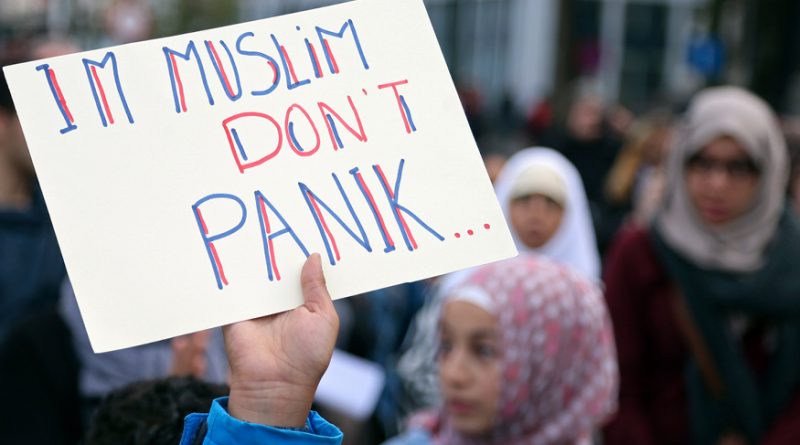 My mother always said, “Sticks and stones may break our bones, but names will never hurt us.”

How wrong she was. Words and names can hurt. They do matter.

“Fish eater” used to be a name for Catholics. It was yelled at me seconds before I was hit by chewed gum. Each piece of gum held pea gravel inside, stinging when it hit my arms as I carried my school books walking to our parochial school.

Hurled from the school bus that passed me by on the two-lane highway, where I walked with a hundred other Catholic kids, those tiny pellets of hate were just the beginning of one long walk I am still on. But before this episode, my mother had received a letter. A hate letter threatening her life and the life of her family.

Hate mail is ultimately personal. Once you receive hate mail, it remains with you forever. There is something visceral that shifts inside a person when you are able to touch the paper, a postcard, a yellowed piece of typing paper in which you know the “hater” has touched it too.

The words on the page lie there between your fingers, their power increasing as you struggle to understand the meaning of them. Don’t worry. They wait, they linger in front of your eyes defiantly certain they aren’t going anywhere soon.

It takes several rereads and with each one, the words of hate sink deeper into your soul, heart, mind where they are impossible to cut out and remove. Their power culminates by making the sweat break out on your hands, so much so, the words collide with one another. You are terrified even further and judge yourself inadequate to control your own fears.

Hate mail is an act of violence received when one least expects it. It is a crime with an unrecognizable perpetrator. Its only purpose is to strike out at a victim.

The hate mail my Muslim friends recently received, a nationwide letter sent by a group called Americans for a Better Way, was written in the manner all hate mail is written. The writer used pencil and printed form, the usual way to hide an identity. It was sent with a deliberation meant to frighten and prove that one is being monitored and watched without their knowledge.

The hate writer tries to convince you of their superior knowledge, that they have all knowledge, of you, of who you are, who you associate with and how you behave.

After being sent a copy of my Muslim friend’s letter, I pulled out my mother’s—several in my possession for over 50 years —and was surprised at how the rhetoric was the same. Here is one letter my mother received in 1962 saying,

“If you Roman Catholics in Kentucky would act right and be happy in a free country, no one would ever know you’re all crazy. Why not go back to ROME, and suffer with John 23 and his ilk, and quit trying to change the rules in this free Protestant nation.”

Words and names do matter. They are the lit fires in the first line of battle. They warn us and signal an approach. Speakers may use exaggeration and bluster to show resolve and just how far they are willing to go.

But none of it should be taken lightly. And we should not allow others to decide for us what hate mail should mean.

It no longer matters who voted for what or who. We as Catholics today, with so many significant Catholics enjoying success in political life based on our Constitution, are in an era of unprecedented power and prestige.

Let us never forget however, the lessons of the sixties. If you heard the voice of Sister saying to you once, “Where much is given, much is expected,” you now need to remember such admonitions.

Wherever hate exists, there we, as Catholics, need to show up.

A demonstrator holds up a sign reading “I’m Muslim don’t panic” during a protest against Islamophobia in front of the Brussels’ Justice Palace in Belgium Oct. 26. (CNS photo/Francois Lenoir, Reuters) 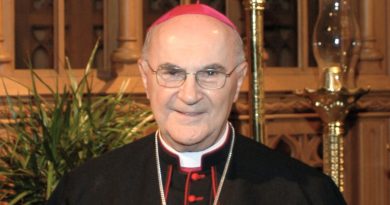 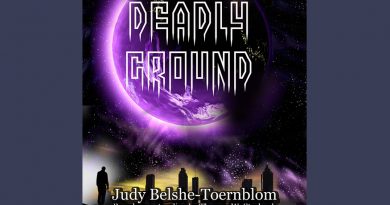