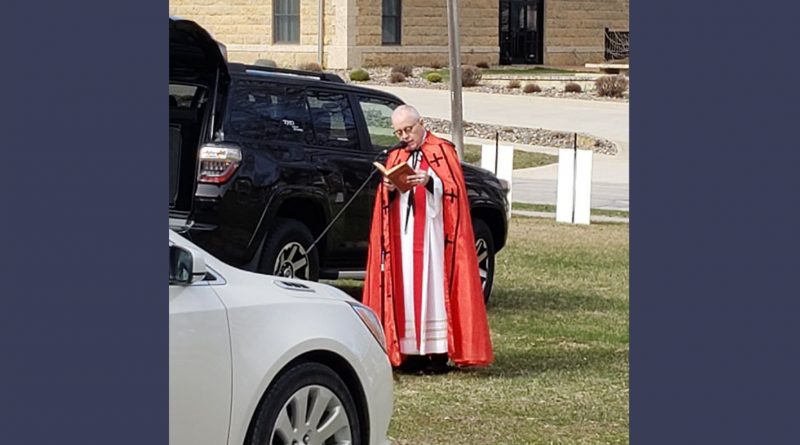 EDGEWOOD — Serious times call for serious measures. The restrictions and safeguards in place have turned upside down the regular ways of parish ministry. The Emmaus Pastorate had been preparing for another mass Lenten reconciliation service at Starmont High School in Arlington.

This would have been the third such gathering, and they had been met with growing success, with the last Advent service hearing over 350 confessions. When schools were closed and gatherings reduced to 10 or less, many priests tried avenues never dreamed about in seminary.

Father John Haugen turned to a unique way of celebrating general absolution in the Emmaus Pastorate parishes. With the help of a couple parishioners at each place to direct traffic, cars lined up much like the old drive-in movie days, all facing one direction. Most parishes gathered at their regular Mass time, staying in their cars.

An outdoor sound system made it possible to lead an opening prayer, examination of conscience and act of contrition, and at the end, absolution was given. The service concluded with cars leaving the lot, passing in front of the pastor holding a monstrance with the Blessed Sacra­ment.

Father Haugen said, “It was really moving to see so many people driving out slowly and reverently blessing themselves.” Nearly 400 vehicles participated, and many commented on how grateful they were for the opportunity.

COVER PHOTO: Father John Haugen, standing in a parking lot, reads from a book during a prayer and general absolution at the Emmaus Pastorate as parishioners attending in their vehicles observe. (Contributed photo) 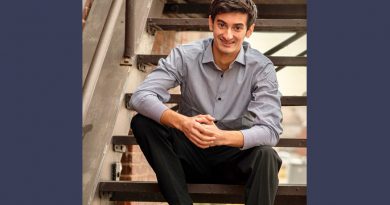