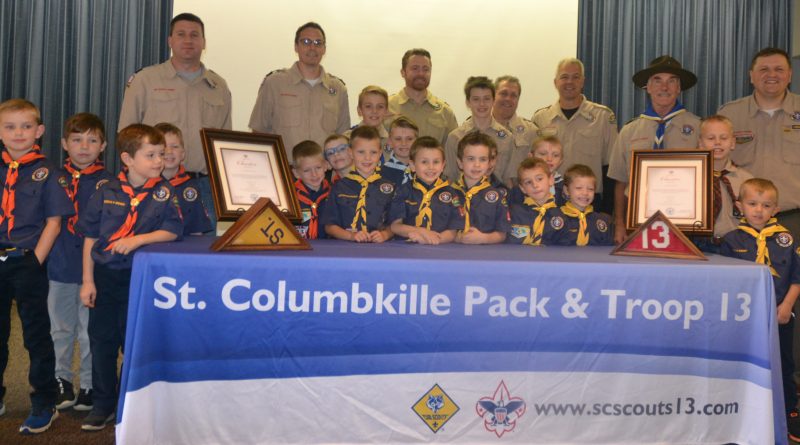 DUBUQUE — Three Cub Scouts stood proudly in St. Columbkille Church recently as they received Light of Christ Religious Emblems in front of an assembly at Mass that included the members of Pack and Troop 13.

Jude Paul Dodds, Peter Ignatius Klapatauskas and Cooper Kenneth DeMoss earned the awards by completing requirements set out by the National Catholic Committee on Scouting. Given that there are 19 troops and 18 Cub packs in the Northeast Iowa Council of the Boy Scouts of America and many of those groups are affiliated with Catholic parishes, it’s not uncommon to have Catholic Scouts in the Archdiocese of Dubuque learn about their faith through this religious education program.

The Oct. 13 event was unique, however, because the award ceremony played a role in a larger celebration to mark the revival of the parish-connected troop, which had disbanded in the mid-2000s.

“The first charter we can find for Pack and Troop 13 under that number was in 1919, so we go back 100 years,” said Deacon Travis King during a presentation at the parish hall after the liturgy. “As of this year, to celebrate those 100 years, Father (David) Schatz said yes to bringing back Pack and Troop 13.”

Deacon King was among the leaders involved in establishing a new charter for the pack and troop, and he serves as chartered organization representative to the Northeast Iowa Council. To date, there are seven leaders and 11 Cub Scouts in Pack 13 and two leaders and three Boy Scouts in Troop 13, according to the deacon. The organization was re-established to provide programming for boys age 5 – 17 of the parish.

Jim Rolling was Scoutmaster for many years until Troop 13 disbanded because of a lack of new membership. He was recruited to again serve under the new charter.

“I am a Scoutmaster now, and I was a Scoutmaster from about 1990 to 2006,” said Rolling. “We had one of the best troops in the city. We had about 30 Scouts, very active. We tried to get out twice a month on a high adventure of some sort — camping, canoeing, biking or something

active. The Cub Scouts feed the Boy Scouts. We had a great troop. After three years of no incoming, all of our kids pretty much graduated out.”

Rolling received a traditional Scoutmaster’s hat as part of the recent ceremonies. He was happy to see the organization rise again.

“The people that have taken Scouting to heart are the leaders that you see,” he said. “They’re the people you see out doing things because it’s a way of life.”

The ceremonies to mark the new charter intentionally took place on the day of the Miracle of the Sun, part of the Our Lady of Fatima apparitions that occurred in Portugal in 1917. The troop members and their families prayed together, asking Mary to watch over the new endeavor. Rolling said there is an advantage to integrating faith into the overall Scouting program, which also teaches outdoor skills, promotes team work and encourages community service, among other initiatives.

“When you get it as faith based, it grows,” he said.

Several dignitaries from the local Scouting community attended the ceremonies in the parish hall, including Rick Leute, council commissioner for the Boy Scouts of America’s Northeast Iowa Council, and Sarah Brimeyer, the district executive. The council provides training and other support to local packs and troops. Pack and Troop 13’s leaders serve on a volunteer basis, including Cubmaster Mike Dodds, who was involved in Scouting himself in his younger days and believes in the “benefit of getting kids outside.”

“My son wanted to be involved,” said Dodds of his reason for getting involved. “What flows from that is a desire to support and help. I’ve really enjoyed coming back.”

Cover photo: (Above): St. Columbkille Parish’s Pack and Troop 13 recently re-formed after being disbanded in about 2006. The organization has a history at the Dubuque parish dating back 100 years. The current Boy and Cub Scouts and their leaders are shown above with their new charter. (Photo by Dan Russo/The Witness) 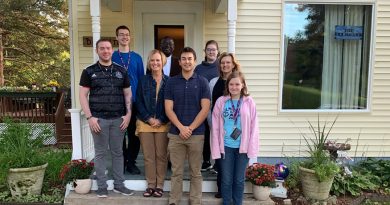 Mt. Vernon parish reaches out to college students away from home 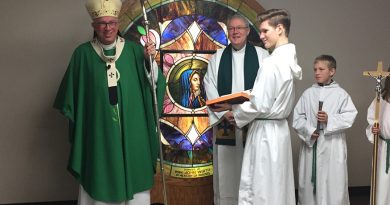 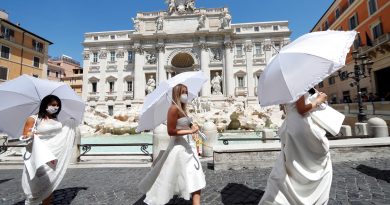