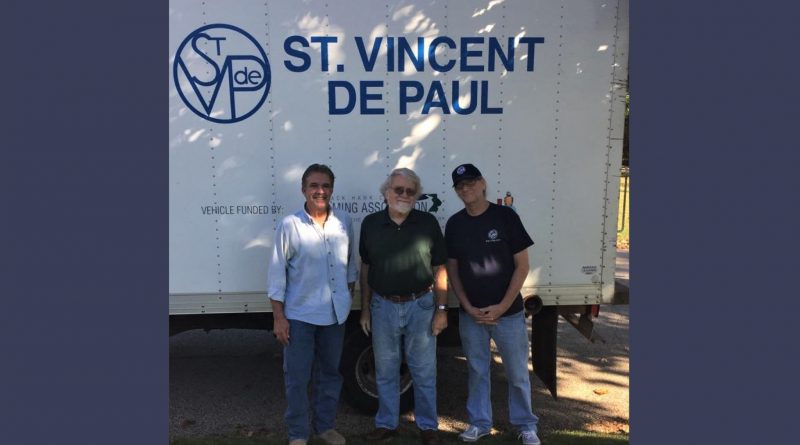 Raising funds for new truck, aims to work with parishes

WATERLOO — In the Waterloo area, the local branch of the St. Vincent de Paul Society is often the final lifeline for families struggling to avoid eviction.

“We provide assistance to low income families with rent and utilities,” explained Pat Russo, executive director of the Waterloo District Council of the Society of St. Vincent de Paul. “The key to fighting homelessness is prevention. St. Vincent de Paul is the last line of defense between a family and homelessness.”

With need on the rise, a gradual decline in local government funding for programs for the poor and the recent deaths of several major donors, the Catholic charitable agency, which has been serving the community since 1950, is in a precarious position.

“In order to help people stay in their homes, that takes a lot of money,” said Bill McGrane, president of the society’s Waterloo District. “We are in more financial trouble than we have ever been in the past.”

The society’s 18 paid staff and 25 volunteers, located at two thrift stores and one warehouse, are trying hard to continue their mission to serve the poor as resources become scarce. A major boost in community support is needed now In recent times, the society, funded solely by private donations, has given out about $183,000 per year in utility and rent assistance.

It is also the lead agency in Black Hawk County for providing clothing, furniture and household goods to the poor, to the tune of about $130,000 per year, according to Russo. In addition, the society gives out regular food assistance and an annual Christmas basket program that helps 500 families. McGrane and Russo are among those fighting to make sure the society can continue its work, despite challenges, particularly in the effort to prevent homelessness through utility and rental assistance.

“It’s been literally a day-to-day proposition,” said Russo. “We’re in a really crucial situation.” To ensure the ministry can continue, several steps are being taken. First, the society applied for and received a $20,632 grant from the Black Hawk County Gaming Association. The association agreed to fund half of the society’s bid to buy a new box truck. Russo reported that the charity is currently working to raise an additional $20,000 to pay for the vehicle. The gaming association gave St. Vincent’s its first grant to buy a similar truck in 2007.

That truck is still in use, but now has 170,000 miles on it. The addition of the new truck will allow the society to expand its territory for accepting clothing and furniture donations into western and northern parts of the archdiocese.

A second step the society is taking is to reach out to the Catholic parishes in the Waterloo area and beyond.

“We’re asking Catholic parishes in the western half of the archdiocese to adopt St. Vincent’s for a clothing drive one weekend a year,” said Russo. “We’re looking to improve the quality of the materials we give away and sell. We can also generate revenue through recycled clothing.”

The society owns a hydraulic bailer that can prepare the clothes they can’t sell or give away for transport to be sold to recyclers who buy them to create rags or other products. The charity gets paid by the pound.

“These are things that used to be thrown in a landfill,” said Russo. Whether people can contribute material goods or monetary donations, the society is open to working with the community. “We’d like families, especially Catholic families, to talk about and consider what they can do for us,” said McGrane.

The agency has a GoFundMe page ­started to gather money for the new truck at www.gofundme.com/SVDPWaterloo. It also is accepting cash donations at the society thrift store at 320 Broadway St. Donations by check may be sent to the St. Vincent de Paul Society Thrift Store, 320 Broadway St., Waterloo, IA 50703. The store is open from 9 a.m.-5:30 p.m., Monday through Saturday. For more information on donations or the effort to begin clothing drives at parishes, call 319-232-3366.

PHOTO: (L to r) Patrick Russo, executive director of the Waterloo District Council of the Society of St. Vincent de Paul; William “Bill” McGrane, district council president; and Steven Torgerson, trucking supervisor, in front of the society’s truck that was acquired through a grant in 2007. (Contributed photo) 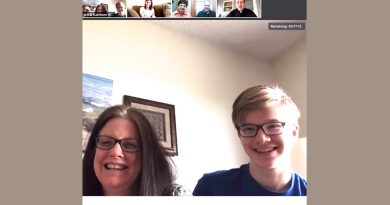 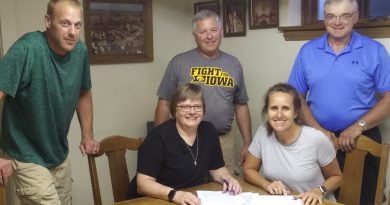 Making the parish a place of creativity, relationship, and motherhood