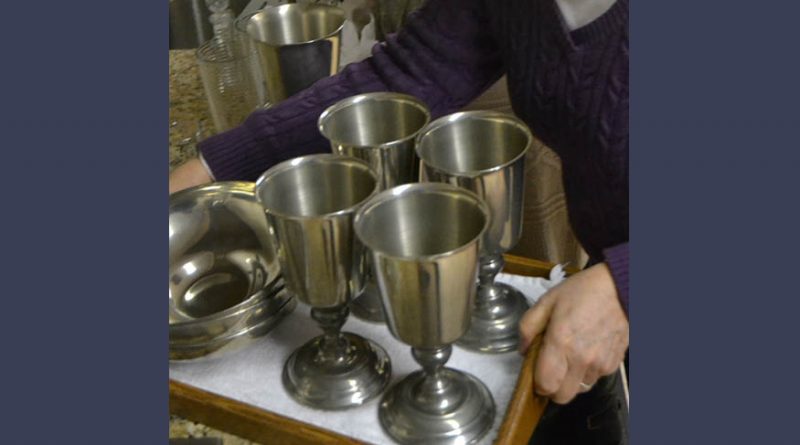 DUBUQUE — Eucharistic ministers are on the front lines of disease prevention at churches and while bringing holy Communion to the sick in local hospitals.

Resurrection Parish in Dubuque is among many Catholic communities in the archdiocese that have been affected by this year’s particularly  rough flu season, with members of the staff even coming down with the illness. Eucharistic ministers take their efforts to reduce the spread of germs very seriously, according to Diane Link, a volunteer who distributes holy Communion at morning Masses at her parish.

Before distributing at the Church of the Resurrection, all ordinary eucharistic ministers (priests and deacons) and extraordinary ministers (laypeople and religious) use hand sanitizer placed on a platform to the side of the altar called a “credence table.” This table is also the place where most of the sacred vessels are set before Mass.

“After an individual drinks from the cup of the precious blood, the eucharistic minister wipes the rim of the chalice with a purificator (white cloth) in the area the recipient has touched with his/her lips to consume the precious blood,” explained Link. “Then the eucharistic minister rotates the cup one-quarter turn before the next recipient consumes.”

After the recent Tuesday morning Mass at the parish, Link joined fellow extraordinary eucharistic ministers Sister Donna Demmer, PBVM, and Irene Fischer in the sacristy to carefully wash all the chalices, bowls and other sacred vessels with hot water and soap. This routine cleaning is another important part of preventing the spread of disease.

Another essential role of eucharistic ministers is to bring holy Communion to the sick. Merle Meyer is one of at least 20 volunteers from Resurrection Parish that bring the Eucharist to hospitals.

“I felt drawn to ministering to the sick,” said Meyer.

Meyer goes to UnityPoint Finley Hospital at least once a week. He brings a metal container with him called a “pyx” to carry the consecrated hosts.

“This year with the flu being so bad, during the flu season, for the first time, all quarantined rooms are off limits, even for eucharistic ministers,” said Meyer.

When visiting all rooms, he sanitizes his hands when entering and exiting. There are also quarantined rooms for people with contagious diseases like the flu or pneumonia. Before the general restriction against entering quarantined rooms this year, eucharistic ministers were permitted to enter, but had to follow special instructions left on a cart outside the room, such as putting on gloves, a mask, or sometimes a gown or other equipment.

“Regularly, if it’s a quarantined room, we will go in only if the patient wants Communion,” said Meyer.

He reports that he’s seen an increase in quarantined rooms during the past few months, mainly due to the flu and some pneumonia cases. Meyer said he is not worried about catching something himself, but is very careful in his duties and follows all hospital rules so he doesn’t spread any diseases among the patients. 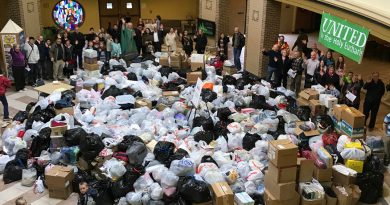 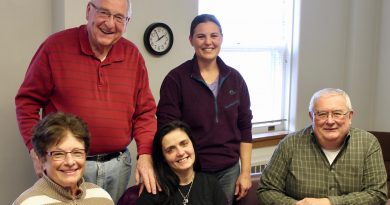