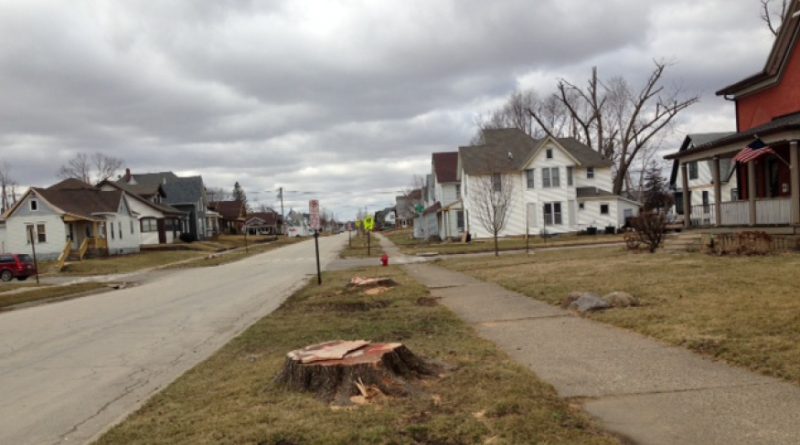 By Sister Christine Feagan
Special to The Witness

MARSHALLTOWN — For the past few weeks, a prevalent sound and sight in Mar­shalltown has been the cutting down of trees that were severely damaged by the July 19, 2018, tornado. There are still some neighborhoods in the northeast sector of town that even today look like a war zone. As we move into spring, the bare trees that are so broken and with multiple amputated limbs bring back so many memories of that day.

I feel it is long overdue for me to in some way thank all of the wonderful people who so compassionately and generously reached out to those who are still picking up pieces of their lives and feeling the sting of what a difference a day can make. Unless you have lived through a tragic event, it is hard to imagine the forever effect it can have on those who have experienced it.

After Mass last Sunday, I asked Alicia, one of the tornado “survivors,” how she was doing, and she said she wasn’t able to sleep very well most nights. Why? Because on a windy night the loose siding outside her bedroom window slaps against the house and makes a lot of noise.  She, like so many others who lived in the path of the tornado, had too little insurance to actually cover the damages. But because of the generosity of so many people in our archdiocese, I was able to tell her to get an estimate of what it would cost to get it fixed. I told her we might not be able to make it look as good as it was, but at least we can get it to where she can sleep better at night!

Her oldest son, Enrique, ran a restaurant in Marshalltown that specialized in seafood and was very popular. It had suffered too much damage in the tornado that he wasn’t able to continue his business. But he had to take care of his family, so he began to work on some repair construction with a company in December. He slipped on a ladder and fell onto a cement sidewalk and tragically died, leaving a wife and four children.  That’s probably the main reason Alicia can’t sleep very well at night.

I think all of us in Marshalltown watch the news reports of hurricanes, tornadoes, floods and fires in a different way than we did a year ago. There is a much greater compassion and solidarity with those who are suffering the losses, as well as a sense of gratitude in knowing we were so blessed in what we were spared.  And a greater trust in God’s great providence.  God provides. That has been so evident to me, who has been given the wonderful privilege of dispensing the monies that we have received not only from the people of the Dubuque Archdiocese, but from people from all over the state of Iowa … and beyond.

We have been able to help about 300 families with $150,000. In the first days after the tornado, the needs were immediate, and somewhat simple to respond to – food, water, gas. People needed transportation, because the windows of their vehicles had been blown out and roofs caved in. Later, it was helping to get the power back on (many meters had to be replaced and gas lines repaired). Roofs, windows and doors needed to be repaired and/or replaced. Some homes had structural damage so severe that they had to be demolished.

But spring has arrived, and there ­seems to be a new hope in the air. We’re still here, and we’ve survived the winter! So, this seems like a good time to say, to shout, “THANK YOU!” for witnessing to the Gospel with your generosity. May we continue to recognize God’s rich blessings!

The image above shows the stumps left over after a line of trees has been removed on a street in Marshalltown. The city is still recovering from a tornado that hit the community on July 19, 2018. (Contributed photo) 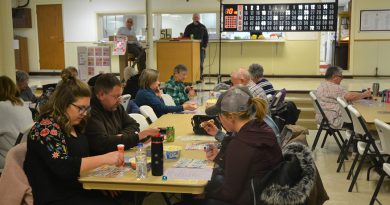 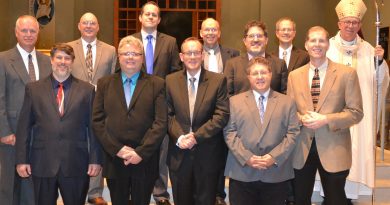