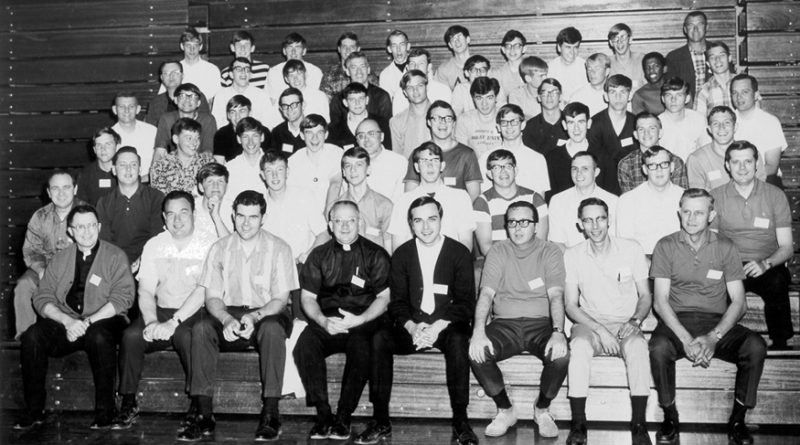 By Kevin Feyen
Special to The Witness

DUBUQUE — Fifty years ago at Regis High School in Cedar Rapids about 50 young men gathered to have a faith encounter that would still be affecting the Archdiocese of Dubuque today. Teens Encounter Christ (TEC) officially became a program of the archdiocese.

Since then, there have been over 500 weekend TEC retreats, serving between 15,000 and 20,000 high school seniors. Several changes have happened to TEC over the past 50 years. At first, each TEC was facilitated specifically for boys or girls. TEC #1 was for boys. TEC #2 was for girls. It wasn’t until February of 1990 that the first co-ed TEC was held in Bellevue (TEC #325). Four years later, the gender-­specific TECs ended, and only co-ed TECs occurred from that point forward.

Just this past year, the Archdiocesan TEC Council decided to make another change. For the first time in 50 years, teens in 11th grade are now welcome to participate in TEC as well.

In addition to extending the opportunity for more people to attend each TEC, there have been other slight changes. Talks have new outlines. The prayer rituals have been amended. The experiences have been updated to include modern technology (the first color TEC photo was taken at TEC #282 at Columbus High School in March of 1987). In the early years, some TECs listed as many as six priests serving on their team. Now, that number is much smaller, often with a spiritual director who can only be present for parts of the weekend.

Despite these minor changes, TEC has remained essentially the same for the past 50 years. TEC celebrates the basic proclamation of Jesus, that Jesus died to free us from sin, Jesus rises to conquer death, and Jesus sends us as missionary disciples into the world to share his love and invite others to encounter him. That is the basic message of TEC, and it is the fundamental message of the entire Catholic Church. As it says in Hebrews, “Jesus Christ is the same yesterday, today, and forever” (Hebrews 13:8).

After 50 years, TEC is still a vibrant option for high school students who are looking for a deeper meaning in their lives. The archdiocese offers five TEC options each year throughout the archdiocese. Teams of adults plan for weeks to make each TEC an awesome and amazing experience of our Catholic faith.

There are still three TEC retreats available this spring.

The cost to attend TEC is $95 per person (financial assistance is available).

For more information about TEC or to register online, go to www.dbqarch.org/TEC.

Feyen is the director of adolescent faith formation for the Archdiocese of Dubuque.

The group photo above shows the students and staff who attended the first Teens Encounter Christ retreat to be held in the archdiocese. It took place at Regis Catholic High School in Cedar Rapids in 1968. (Contributed photo) 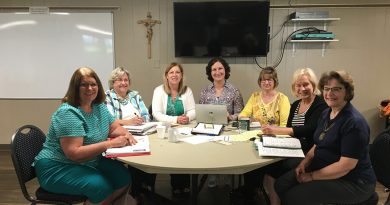 PAMAD aims to aid lay ministers of the archdiocese 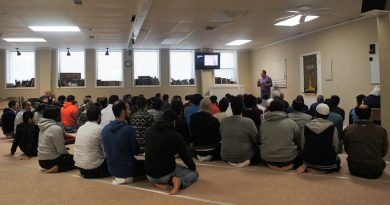