Listening to patient, ‘dignity therapy’ can help to prevent it

The practice of physician-assisted suicide (PAS) allows a terminally ill adult patient to request a prescription from a physician for lethal medication which the person will later self-ingest to cause death.

Last week’s Witness carried a news story that the House of Delegates of the American Medical Association (AMA) voted not to affirm a report of the organization’s Council on Ethical and Judicial Affairs (CEJA) to maintain the AMA’s long-standing opposition to assisted suicide.  Regrettably, CEJA’s report was sent back to the committee for further study.

As an opponent of PAS, I was particularly struck by the following comments in CEJA’s report: “Patient requests for assisted suicide invite physicians to have the kind of difficult conversations that are too often avoided.  They open opportunities to explore the patient’s goals and concerns, to learn what about the situation the individual finds intolerable and to respond creatively to the patient’s needs other than providing the means to end life.”

Oregon’s records on patients seeking PAS include their end-of-life concerns.  Perhaps surprisingly, the top concerns do not include inadequate pain control.  Rather, the top concerns are loss of autonomy, being less able to engage in activities making life enjoyable, a loss of dignity, losing control of bodily functions, and being a burden on family, friends and caregivers (Oregon Health Authority, Death with Dignity Annual Reports 2017). Are there creative responses to these concerns other than ending the person’s life?

Consider the case of “Bill,” a father, grandfather and great-grandfather. Bill was suffering from shortness of breath and was diagnosed with pulmonary ­fibrosis, a progressive fatal lung disease. He suffered a loss of mobility. When Bill reached the point of not being able to attend his grandkids’ baseball games, he requested PAS from his physician. The “creative response” to his inability to engage in activities making his life enjoyable was to purchase a scooter for him. This restored his mobility and his ability to participate in family activities.  After this, Bill was content to live out his life until death occurred naturally (Video “The Scooter,” Patients Rights Action Fund).

The Journal of Clinical Oncology (Aug. 20, 2005) carried an article “Dignity Therapy: a novel psychotherapeutic intervention for patients near the end of life.”  Terminally ill patients were invited to discuss issues that matter the most to them or that they would most want remembered.  The sessions were transcribed and edited  and given to the patient to bequeath to a family member or friend.  The responses of patients to this therapy address some of the end-of-life concerns identified in the Oregon reports. A heightened sense of dignity was reported by 76 percent of the participants. In contrast to a sense of losing activities making life enjoyable, 68 percent reported an increased sense of purpose and 67 percent reported a heightened sense of meaning.  And an increased will to live was reported by 47 percent of the participants.

Another reported end-of-life concern of patients seeking PAS is being a burden on others. Studies have found that burden-related distress is not so much related to the degree of the patient’s physical dependency on others, but rather, is a function of psychological considerations such as a feeling of hopelessness and depression.  These findings suggest that psychosocial strategies targeting depression, anxiety, meaning and purpose could lessen the burden-related distress (HM Chochinov et al., “Burden to Others and the Terminally Ill,” Journal of Pain and Symptom Management, Nov. 2007).

The practice of physician-assisted suicide did not arise in a vacuum. It is one response to the hardships and anxieties which may be experienced at the end of life.  Thus finding ways “to respond creatively to the patient’s needs other than providing the means to end life” (CEJA Report) is an essential component of undercutting the legalization of PAS.  Catholic health care professionals and parish health ministers should be especially solicitous about this task.

Dr. Idziak serves as consultant for health care ethics for the Archdiocese of Dubuque. To watch “The Scooter” -video she mentions and for more information about helping patients at the end of life and preventing PAS, you can visit The Patients Rights Action Fund website online at patientsrightsaction.org. 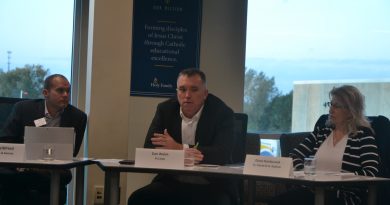 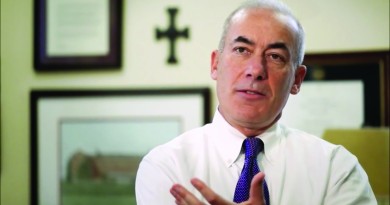