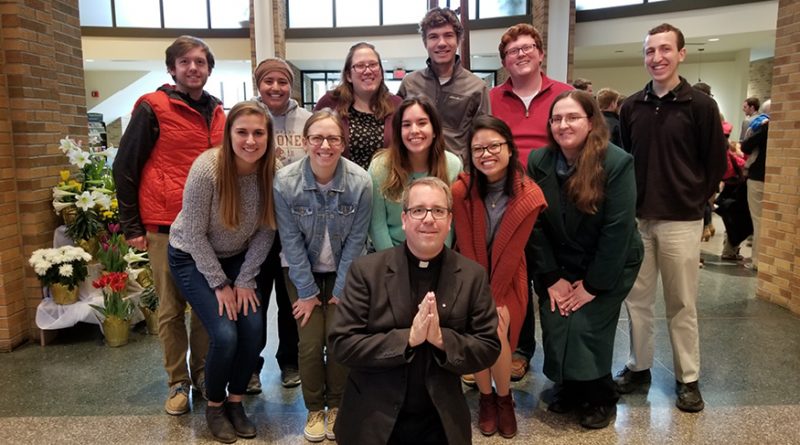 By Becca Fattes
Special to The Witness

AMES — The word Magis (pronounced mah-gis) meaning “more” or “greater” is a word that St. Ignatius of Loyola used to recognize the need to go deeper with Christ in our relationship and to ultimately serve others.

Magis also served as the name of the new retreat St. Thomas Aquinas Church and Catholic Student Center in Ames hosted for its students the weekend following Easter (April 7-8).

Emily Klaus, a campus minister at St. Thomas Aquinas said the retreat was designed so that students could grow closer to God in prayer.

And “being” is something the students on the retreat were able to do. St. Thomas Aquinas brought in Father Bob Gross, the pastor of four parishes near Calmar, to lead the retreat for the weekend.

The time spent on the retreat involved Mass throughout the weekend, discussions led by Father Gross about Ignatian prayer and time for the students to pray for an extended amount of time on their own.

Marifer Gutierrez, a freshman at Iowa State University and one of the students on the retreat, said, “I was really nervous coming into Magis. I’ve never spent large amounts of time in prayer and it really intimidated me.”

However, the retreat was exactly what she needed.

“Magis exceeded my expectations, or more like God did,” Gutierrez said. “I learned so much about prayer, how to pray, and the stages of prayer in life. This knowledge has helped fuel me in my prayer life. I am now looking forward to extensive prayer time instead of shying away.”

With the overall positive response from this year’s retreat, St. Thomas Aquinas is looking to offer the retreat once a year in the spring semester.

Fattes is a student at Iowa State University. 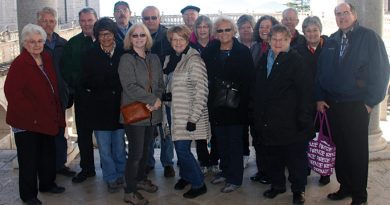 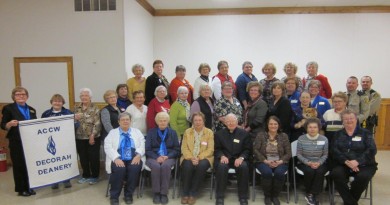