Moses and the Burning Bush

The Lord is king and merciful

All were baptized into Moses

We have been looking at the Old Testament readings during this Lent. Today we have the exper­ience of Moses at the burning bush. This kind of story is what is known as a “theophany” — a display of divine power. Typically in the Bible it is accompanied by certain signs, such as wind and fire, and often on a mountain. The story of the burning bush is all of that, but in a manner different enough to be memorable.

The burning bush represents the holy and the otherworldly. Fire is often been used to indicate the presence of the divine. For instance, we have fires, as candles, in church. Fire is pure energy. Yet here the fire does not consume the bush, for it is an otherworldly fire.

And as in mosques today, Moses is required to remove his sandals entering the holy space. There’s a sense of being in the presence of a transcendent presence, beyond the conventions of life as it is lived, on a daily basis.

The event might be seen as the Call of Moses, but it is more than that, for it is the beginning of a new era in the history of God’s relationship with his people. From now on we are talking about a people, and not simply a family. The clan of the patriarchs are ancient history, time has passed, and now we have a people enslaved in Egypt. The rest of the Bible will be about that people, whether seen as Israel, the people of God in the Old Testament, or the New Israel of the New Testament.

It is for this reason that God identifies himself to Moses as the God of Abraham, Isaac and Jacob, making clear that this revelation is in continuity with what has gone before.

Here we have the disclosure of the per­sonal name of God in the Hebrew Scriptures. “I Am Who I Am” says the voice, playing on the Hebrew verb, “to be.” The play on this name shows its rich mystery. It can be understood as the God who creates things “to be.” In Christian tradition it has often been interpreted as the God who is being itself.

Israel saw in this wordplay the name YHWH, the four-letter name (“tetragrammaton”) that was not to be pronounced. Rather than speak the name aloud, the word “Adonai” (“My Lord”) was substituted.

With the exception of the Jerusalem Bible, modern translations respect this re­t­i­cence, substituting “Lord” (in small capital letters) wherever the Holy Name appears. This distinguishes it from the actual word, “Lord,” which, of course, also occurs in Scripture. The name, “Jehovah” resulted from a mistaken reading of the name in early translations, but it has stuck around due to its considerable resonance.

Recently, we have seen the removal of the name “Yahweh” from Catholic liturgical hymns and prayers, as a part of this same regard, and in line with the movement of the Second Vatican Council to correct the vicious hostility against Jews that has characterized much of the history of Christianity.

The other readings of the day ought not be ignored. The passage from I Corin­thians invokes the story of Moses as well, seeing here a type of the Christ event.

And the Gospel account, found only in Luke, shows Jesus acting the prophet, warning about the need for repentance, a major theme in this Gospel. It is not that these Galileans, or the victims of the falling tower, were worse than others. After all, Jesus’ own death by crucifixion oc­cur­red in a manner designed as a punishment for wrongdoing. Rather, the point is that death can be sudden, and a posture of repentance is always in order.

For reflection: What is most memorable in the burning bush story? Why?

Reflecting on how members of the church are engaging the world

Jesus transfigured on the mountain 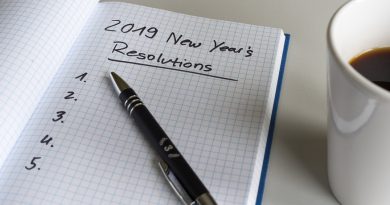