Of my sin cleanse me

Paul as a saved sinner 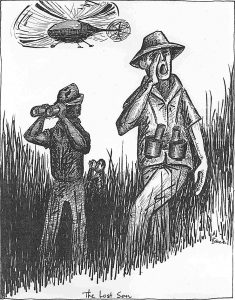 This Sunday the Gospel reading is unusually long, consisting of the entirety of Chapter 15. This includes the parables of the lost sheep, the lost coin and the prodigal son — 32 verses in all. However, a shorter version remains an option — don’t include the parable of the prodigal son, which is by far the longest piece. I suspect that will be the option taken in many places. However, it would also eliminate the nice play of imagery between Luke’s parable and today’s first reading.

The selection from Exodus 32 tells of Israel’s wandering in the desert. It too relates an account of a “prodigal son,” as Israel wanders from the path of allegiance to the Lord God, to make themselves an idol. The nice pairing of images is between the golden calf of that story and the fatted calf of Jesus’ parable.

Luke 15 is very interesting in itself. It begins with a situation evoking an earlier incident in the Gospel. Jesus is eating at the house of Levi. Pharisees ask him why he is eating with sinners, and Jesus explains, “I have not come to call the righteous to repentance but sinners” (Luke 5:32). Here in Chapter 15, the situation and question are the same, but instead of a one-line ­answer, Jesus tells three parables.

The parables of the lost sheep and lost coin have a similar form. In most of Jesus’ short parables there are three key moments. Typical of parables about seeds are the moments of planting, growing and harvest. The moments of the present parables could be those of losing, seeking and finding. They are there, but there is a fourth, namely, rejoicing. In the lost sheep parable, the rejoicing takes up about half of the account, suggesting that this is the main point of the parable.

The parable of the lost coin features the experience of women, as the lost sheep does that of men. It does not spend as much time on the time of rejoicing, but it is clearly there. And it is here that the lesson appears — “In just the same way, I tell you, there will be rejoicing among the angels of God over one sinner who repents” (15:10).

The pattern established in these two stories set up that of the prodigal son. Here too we have the loss, the recovery and the rejoicing. And here too the rejoicing is emphasized as the telling point. However, in this parable, the longest in the New Testament, there is a second part featuring the other son. We have a comparison which takes us beyond the program of the previous stories.

Much of the story is carried by the speeches. The prodigal rehearses an apology to his father, which he is not allowed to finish because the father is so eager to welcome him back. The other son has his own speech, protesting his treatment despite his being consistently prudent and not at all wasteful.

And then, the father’s speech at the end of each part of the story is the same — “Let us celebrate with a feast, because this son of mine was dead, and has come to life again; he was lost, and has been found” (15:24, 32).

The recovery of that which is lost is a moment hard to describe, full of different emotions. The loss may be somewhat trivial, as when we are disproportionately irritated at misplacing an item we need at the time.

Or it may be traumatic, as the loss of a child. Little can compare to this. And the wave of relief that comes over us when the child is found safe is impossible to express — a powerful image of rejoicing.

For reflection: In today’s world child-loss takes many forms.

Reflecting on the violence in Charlottesville

Reflecting on the works of mercy: insights learned during the year