PENTECOST SUNDAY (Mass during the Day) 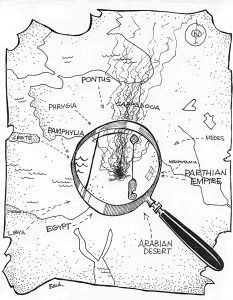 The readings from Scripture are the same every year. Instead of reviewing them in a survey fashion, it might be interesting to look more closely at one of them. In particular, the story of the original Pentecost, in Acts of the Apostles, deserves some fresh attention. We are familiar with this story of the apostles in the upper room receiving the gift of the Spirit. But maybe it looks different upon closer inspection.

Luke is famous for using stories that not only teach distinct lessons, but also serve to further the work of his narrative. At the very beginning of Acts, in 1:8, Jesus tells the apostles before the ascension, “you will receive power when the holy Spirit comes upon you, and you will be my witnesses in Jerusalem, throughout Judea and Samaria, and to the ends of the earth.” This turns out to be the program for Acts itself, as the mission moves outward into the world, like ripples in a stream (“Jerusalem,” 1:11-12; “Judea and Samaria,” 8:1-2; “ends of the earth,” 13:47).

Similarly, the Pentecost story looks forward to the narrative about to unfold. The many nations represent “the ends of the earth” to be reached in the mission.

There are two parts to the account. The first four verses tell of the event itself. The coming of the Spirit is told by means of two images—wind and fire. The wind, like the breath, involves the same word as “spirit.” The fire, on the other hand, is described as appearing in “tongues.” This allows a transition to the many “tongues” or languages.

The second part of the account (2:5-11) shows those languages at work in the speech of the apostles among the peoples of the world, also an interesting passage. In effect, it’s structured from two elements: a) a list of nations; b) a refrain-like assertion that makes the point that each hear the message in their own language. Luke insists on this, repeating it three times:

Or perhaps they spoke to each other in a common language, such as Greek. Yet should this be the case, it only makes the lesson more insistent. If they all spoke Greek, different languages would be unnecessary.

We can well appreciate the question in the verse following the selection for today’s liturgy. It reads: “They were all astounded and bewildered, and said to one another, ‘What does this mean?’” (Acts 2:12) What indeed? Clearly, Luke wants us to ask.

It appears that Luke is trying to tell us something about the mission ahead. Different languages mean different cultures. Luke signals a need for immersion in the different cultures, rather than attempting to impose a single, uniform pattern upon them. It suggests a respect for local cultures that would make an effort to “incarnate” the message there. There too one might experience the “mighty acts of God.”

For reflection: How do we bring the message to different lands, each in its own “language”?

We must love one another

Fortnight for Freedom — a call to prayer and fasting

The Gospel challenge to enjoy our lives