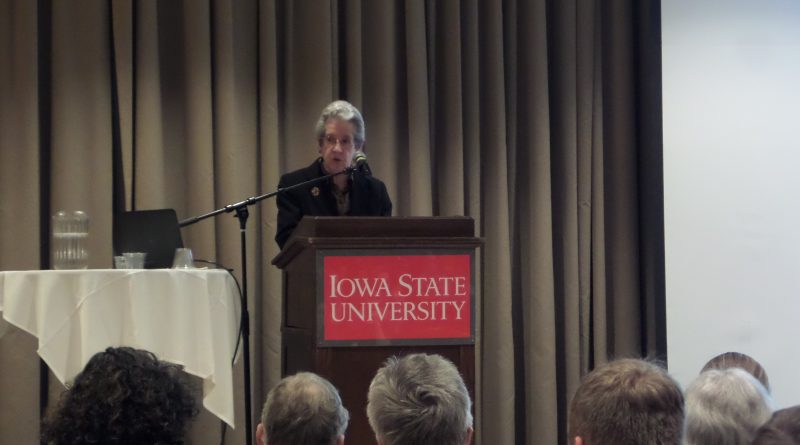 AMES — “Racial Equality and Catholic Teaching” was the topic discussed by Dr. Anne Clifford in the second lecture of the Msgr. James A. Supple Lecture series on Nov. 6 at Iowa State University.

The lecture was sponsored by the Catholic Student Community at ISU, St. Thomas Aquinas Church and Student Center, the Department of Philosophy and Religious Studies at ISU and the Committee on Lectures which is funded by the student government at ISU. Using the “I Have a Dream” speech given by Dr. Martin Luther King Jr. in 1963 during the March on Washington, D.C., Clifford related to the packed Sun Room a background history of the civil rights movement.

She also spoke of the life and work of Dr. King and his eventual death on the battlefield of social justice. Martin Luther King Jr. had spoken at Iowa State University on Jan. 22, 1960, in which he gave a speech that used several points he would continue to make over the remaining years of his life—that what affects one, affects all; that we are all tied ­together in a single garment of destiny; and that we must find a way to live together amicably. Behind the scenes of the 1960s was the force in Rome of Vatican II pushing forward with new agendas and insights as the conclave opened the church up to the world anew.

The United States Conference of Catholic Bishops did not respond to the challenges of Dr. King’s life and death until 1979 when they issued “Brothers and Sisters To Us, The U.S. Catholic Church on Racism,” a document in which the bishops declared racism is a sin dividing the human family and blots out the image of God. USCCB has since issued two more position papers in 1984 and again in 1989. Clifford also encouraged the audience to read “Laudato Si’” by Pope Francis issued in 2015 and especially the chapter on the value of choosing solidarity that stresses a preferential option for the poor.

Clifford ended her program quoting again Martin Luther King Jr. “Justice too long delayed is justice denied.” She looks forward to the next document released on this subject by the U.S. Catholic bishops.

AMES — On Nov. 5, St. Cecilia Church hosted 14 choirs from across the Story County area in support of the Good Neighbor Emergency Assistance organization. This year GNEA celebrates its 20th anniversary.

The Good Neighbor mission is to “give assistance to those who find themselves suddenly without any kind of support when living in Story County.” The support provided is in the form of emergency rent and utility assistance for people who are threatened with eviction from their homes or having their utilities disconnected.

GNEA works hand in hand with other organizations throughout Story County such as the Emergency Residence Project that gives the homeless short term shelter, Story County Community Services and Mid-Iowa Community Action.

Help and direction are given to people who may be unfamiliar with community services available to them when they are faced with a sudden calamity in life. Healthy Food Vouchers are also available, if needed, so a person can purchase fruits, vegetables, dairy products and meat at local grocery stores for themselves and their families. Per quarter of the year, $20 worth of vouchers is available to them. Proof of identification and residency in Story County must be provided in order to receive it. 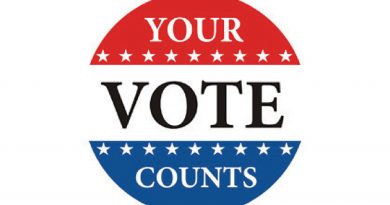 Understanding the Catholic view of peace and war