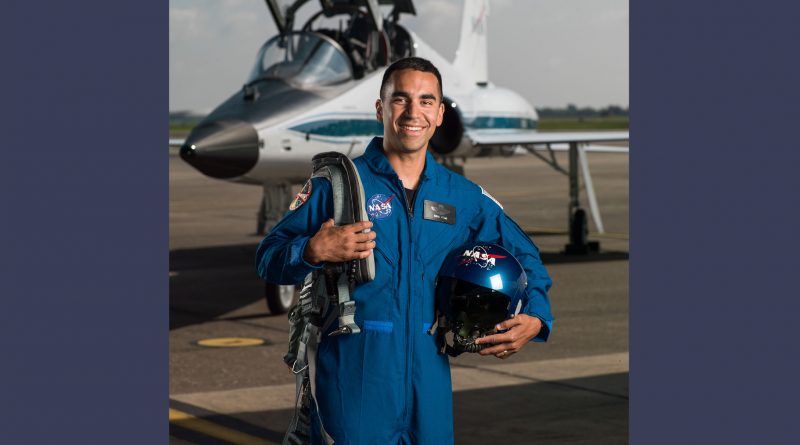 CEDAR FALLS — From a young age, Raja Chari was reaching for the stars, but his dream to become an astronaut didn’t occur to him all at once.

“I don’t think it was one lightning bolt,” he said in a recent interview with The Witness. “It didn’t happen in one day. But in grade school or high school, if you asked me if I wanted to be an astronaut, I would have said yes.”

Now, after years of hard work and dedication, the graduate of St. Patrick Elementary School in Cedar Falls and Columbus Catholic High School in Waterloo is one of a dozen people selected recently for the 2017 astronaut candidate class. Chari, who was born in Milwaukee and raised in Cedar Falls, was picked from the largest applicant pool in National Aeronautic and Space Administration (NASA) history. In August, he will begin a two-year training program to prepare for space travel at the Johnson Space Center in Houston.

Chari grew up with his mom, Peggy; dad, Sreenivas; and brother, Krishna, as a member of St. Patrick Parish in Cedar Falls. Peggy, a native of Wisconsin, was working in Milwaukee as a nurse when she met Raja’s father, an immigrant from India who was studying as a graduate student in engineering at the University of Wisconsin. The couple got married and moved to Cedar Falls, where Sreenivas Chari worked as an engineer for John Deere Inc. and Peggy initially was a stay at home mother to their two sons.

Peggy Chari later worked as a teacher and librarian at St. Patrick and Blessed Sacrament schools. Now retired, she was able to attend the press conference in Houston where it was announced that Raja would be part of the latest class of astronauts.

“He worked really hard for this,” said Peggy Chari, still an active member of St. Patrick Parish. “He deserves it. I’m proud of him. I support him, but I’m not one of those hovering moms. My attitude (toward raising my children) was try it. If you like it, go for it, but you also have to accept the consequences of your actions.”

Raja’s father died in 2010, but his mother believes Sreenivas Chari would be proud to hear the news of his son’s achievement.

“I just think he would be busting his buttons,” said Peggy Chari.

As a young boy, there were some early indications that Raja was interested in taking to the skies.

“When he was in third or fourth grade, we had these metal hooks for drapes,” remembered his mother. “He would take them and mold them into jet (planes). He would sell them (to other children) as different jets.”

Raja is grateful to his parents for teaching him good values, including the idea that “education is a gift.”

The community at his schools also helped him become successful. A key moment that put him on his current trajectory happened when he was in seventh or eighth grade.

“At the time, I was at St. Pat’s,” he remembers. “They had just gotten new equipment for the science lab. I was really intrigued by the idea of doing something in science.”

By the time Raja was in high school, he was very active in school life. Although he describes himself as “no super athlete,” he played sports, participated in student council and played the French horn in the band for four years, among other activities.

“(My parents) sacrificed to allow us to go to Catholic school,” said Chari. “(Columbus) really had a family feeling. No one was at that school to check boxes and go home. Everyone there had a commitment to the students. They developed the whole person.”

David Will, a Columbus teacher who had Chari for math, recalled him as a “leader” with a “fine analytical mind.”

“We try to demand a lot of our students, and Raja rose up and met those demands,” said Will. “I knew he would go far, but I never would have thought he would go to Mars or the moon as Vice President Pence noted in the press conference for the new astronauts.”

Gary Schnieders, a teacher who had Chari for world history and economics classes, saw something special in him.

“He was highly motivated, very skilled, a strong work ethic, a very strong communicator” said Schnieders. “In short, he was a very gifted young man who knew that success only comes with hard work.”

Schnieders wrote a recommendation letter for Chari for the U.S. Air Force Academy. During his later years of high school, Chari’s interest in becoming a pilot grew, and after graduation from Columbus in 1995 he soon found himself learning the basics of flight at the academy as part of the glider program there.

“You’re essentially doing math in real time,” recalled Chari of his experience with gliders. “It really reinforces the principals of aviation.”

“You had a sense of ownership and responsibility in that community,” he said.

After earning B.S. degrees in aeronautical engineering and engineering science, Chari acquired a master’s degree from the Massachusetts Institute of Technology. He later became a test pilot in the air force, after experience with operations in Alaska and England.

Over the years, he also completed missions in Iraq and on the Korean Peninsula. The job of test pilot combined his talents for engineering with his passion for flying. He flew F-15s, F-16s, F-18s ­and other planes which undergo constant mechanical and software upgrades.

His most recent positions were as a colonel commanding the 461st Flight Test Squadron and as director of the F-35 Integrated Test Force.

“It’s basically a flying super computer,” he said of the F-35. Although there are risks in her son’s chosen career, Chari’s mom doesn’t worry. “I don’t get real nervous,” Peggy Chari said. “He’s a good pilot. I just trust that God’s going to take care of him. I pray for him. If you’re always fearful, it holds you back.”

Chari is happy that her son is becoming an astronaut.

“He had this dream and worked very hard all his life,” she said. “He was always aware that what he did in school would affect him later in life.”

Aside from his career, Chari is a husband to wife Holly, an attorney, who also grew up as a member of St. Patrick Parish. The couple met while participating in church activities there and later married. They have three children and are currently busy planning the move to Texas.

Chari is looking forward to going to work with “an amazing group of people every day” at NASA.

Although the space shuttle program has been retired, NASA is involved in missions to the international space station, and there are plans in development for new space vehicles. Missions into orbit, to the moon or even Mars are not out of the realm of possibility for Chari and his colleagues. As he prepares for new challenges as an astronaut, Chari, now 39, said he is grateful for the people in Iowa who assisted him along the way.

“As I look back, my friends from Columbus and St. Pat’s, none of us could have predicted where we would have ended up,” said Chari.

He has simple advice for young people today pursuing their dreams.

“Enjoy what you’re doing now and be flexible,” said Chari. “If you become too focused on one goal then don’t achieve it, it can be devastating. Do what you enjoy and generally, you’ll do it well.”

1. Raja Chari, a graduate of St. Patrick Elementary in Cedar Falls & Columbus Catholic High School in Waterloo, was selected from thousands of applicants to become an astronaut. (Photo courtesy of NASA)

2. The 12 members of NASA’s 2017 astronaut candidate class are shown in the photo above. Raja Chari, who was raised in Cedar Falls and attended Waterloo area Catholic schools is part of the class. (Photo courtesy of NASA) 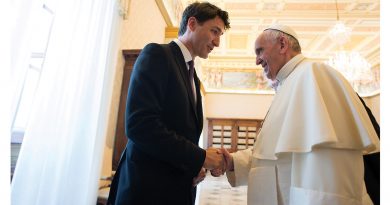 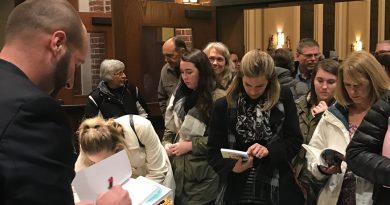