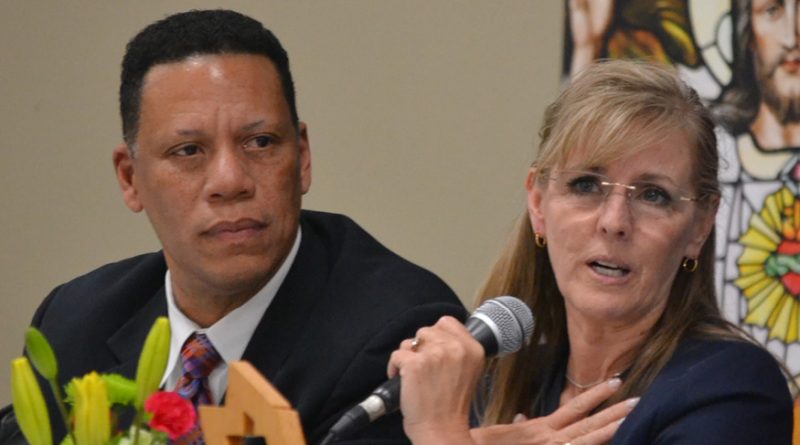 Around the Archdiocese Vocations
May 3, 2019 Jill Kruse-Domeyer

WATERLOO — On Thursday, April 25, approximately 230 people from throughout the Archdiocese of Dubuque gathered for the spring Pastoral Leadership Study Day. The focus of the day was the sacrament of marriage.

The keynote speakers were Greg and Julie Alexander from San Antonio, Texas. The Alexanders have a marriage ministry in which they offer programs and speak across the country in an effort to help establish and build programs to support strong, healthy Catholic marriages. They were delighted to be invited back to the Archdiocese of Dubuque for the third time to share their message.

“Marriage in the U.S. and the archdio­cese are in crisis. We are in need of re-­engaging the faithful and hope to re-­energize today’s attendees with the tools needed to take action at the local parish level,” said Greg Alexander.

Following the Alexanders, Matt Selby, director of marriage and family life for the archdiocese, addressed the crowd. Selby began with the grim statistic that Catholic marriages in the diocese have continued to statistically drop, and today we see an average of four marriages per parish throughout our diocese. “It’s time to ask the question, what can we (the archdiocese and parishes) do to help strengthen marriages,” stated ­Selby. Throughout the day, Selby shared the challenges, visions and goals for the sacrament of marriage and called everyone to action in their parish. Selby was instrumental in bringing the Alexanders to present at the conference.

“We work with many family life directors throughout the country, and I want you to know Matt is one of the best,” ­stated Greg Alexander. He then went on to say, “Selby is a great asset to your diocese. His enthusiasm for marriage is contagious. He is a man of action and takes on a ready-to-get-hands-dirty approach to ministry.”

Selby introduced the Covenant of Love Marriage Mentor program that the archdiocese will roll out this year, following training sessions with the Alexanders. The program will match up a couple in marriage crisis with a mentor couple. The crowd heard testimony from couples who work with marriage programs in their parishes and gave a rousing standing ovation to a couple who shared their personal story of marriage recovery after reluctantly seeking the help of a mentor couple.

Father Aaron Junge was in attendance with five members from the Christ Our Hope Cluster. Father Junge is the pastor of the cluster consisting of five parishes from Fort Atkinson, Lawler, Little Turkey, Protivin, St. Lucas and Waucoma. He felt attendance for staff and parishioners from the cluster was vital to the work they do. “We are seeing between 15-20 couples presenting for marriage preparation each year,” stated Father Junge. “It’s important for marriage to be seen and strengthened as a means of encountering Christ,” continued Father Junge.

Archbishop Michael Jackels summarized the day for those in attendance with a simple message, “We can no long­er depend on nature to take its course in bringing people to the sacrament of marriage. We are in a time that we need to promote the vocation of marriage.”

More information on the Covenant of Love Marriage Mentor program will be in the May 12 issue of The Witness. An article will focus on the training session for couples that recently took place in the archdiocese.

For more information on this or ­other ministries aimed at aiding married or divorced Catholics, contact the Office of Marriage and Family Life for the Archdio­cese of Dubuque at 563-556-2580 or at dbqarch.org. 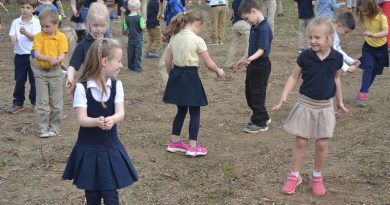