SINSINAWA, Wis. — Sisters Angela Donovan and Jean Tranel, OP, will mark their 70th jubilees in 2020, along with 13 other Dominican Sisters of Sinsinawa commemorating 70 years. Due to the COVID-19 pandemic, the Mass in their honor is postponed.

Sister Angela’s home parish is St. Gall, Chicago, in the Chicago Archdiocese. She is the daughter of the late Jerome and Angela (Cusick) Donovan. Sister Angela’s ministry has been dedicated to teaching, educational administration and hospital chaplaincy.

In the Archdiocese of Milwaukee, Sister Angela taught at St. Robert, Shorewood, 1956-1960.

In the Archdiocese of Dubuque, Sister Angela taught at St. Joseph the Worker, Dubuque, 1967-1968.

In the Diocese of Davenport, Sister Angela ministered as a chaplain and in mission effectiveness at Samaritan Health System (now Mercy Medical Center), Clinton, 1987-1995.

Sister Angela is living in community at the Motherhouse, Sinsinawa.

She has also ministered in New Jersey, Louisiana and Arizona.

Sister Jean’s home parish is St. Mary, East Dubuque, in the Rockford Diocese. She is the daughter of the late Edward and Lucille (Kieffer) Tranel. Sister Jean’s ministry has been dedicated to teaching, pastoral ministry, and religious formation. Sister Jean’s religious name was Sister Margarida.

In the Diocese of Rockford, Sister Jean served as director of pastoral ministry at St. James Parish, Rockford, 1977-1985.

In the Archdiocese of Dubuque, Sister Jean served as director of adult faith formation for the archdiocese, Dubuque, 1985-1992.

In the Diocese of Phoenix, Sister Jean served as director of family religious education at Church of the Holy Spirit, ­Tempe, 1997-2002.

In the Archdiocese of Port of Spain, Trinidad, Sister Jean ministered as director of candidates at the House of Discernment, St. Joseph, 2002-2008.

Sister Jean is living in community at the Motherhouse, Sinsinawa. She has also ministered in Wisconsin, New York, South Dakota, Minnesota and Washington.

If you would like to honor the sisters on their jubilee, go to the Sinsinawa Dominicans’ website at www.sinsinawa.org/jubilee 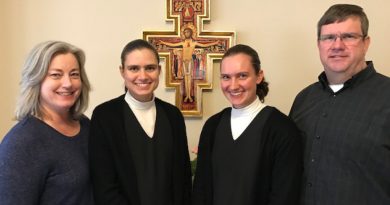 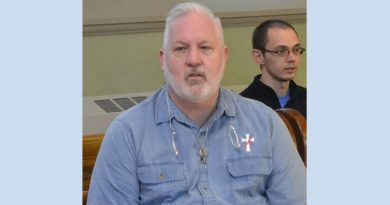