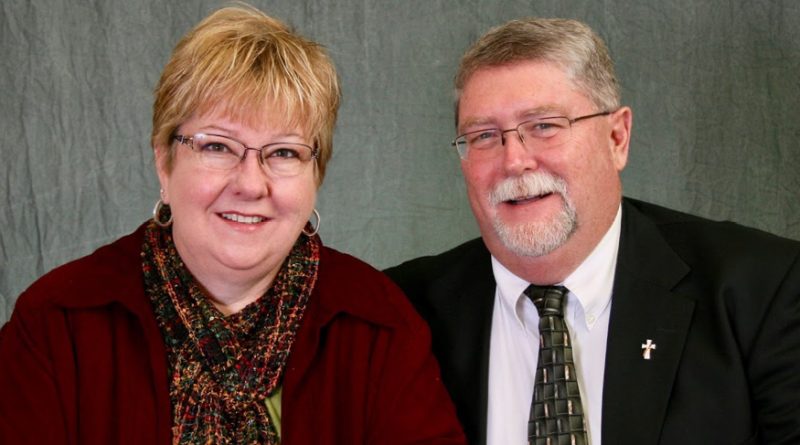 By Deacon Al and Jill Weber
Special to The Witness

CEDAR FALLS — My name is Deacon Al Weber. My wife, Jill, and I have been involved in marriage preparation for over 20 years. We have served as a Sponsor Couple at Sacred Heart Parish, Waterloo, and St. Patrick Parish, Cedar Falls. Jill and I also are a team couple for Engaged Encounter Weekends held at American Martyrs Retreat House, Cedar Falls. We believe strongly in the sacrament of marriage, and we found, that through the witness of our marriage, these two marriage preparation programs were ways we could support marriage.

As a Sponsor Couple, we meet with an engaged couple to facilitate their communication on the issues and hurdles they will encounter as a married couple. Through a facilitated conversation, we provide questions to help the couple reach new levels of communication in areas they may not have explored in the past.

Engaged Encounter Weekends are led by three married couples and a priest. With a series of prepared talks, the engaged couples listen to talks to help facilitate deeper conversations between the couple.

Prayer is an important part of marriage, which is incorporated into both Sponsor Couple and Engaged Encounter experiences. Jill and I also are involved with Marriage Retorno. Marriage Retorno is teaching married couples how to pray together using Scripture.

Listening to each other, really listening, is a skill we always need to work on, especially me. When we listen to reply, we are thinking of ourselves, not the person we are listening to. If we are in a loving relationship, “it’s not all about me.” When we were dating, we loved to talk to each other because that is how we got to know each other. Even though we have been married for almost 37 years, communicating is just as important now as it was when we were dating. I know Jill pretty well, but we still need to let each other know how we feel. If I clam up, the train will leave the tracks.

Prayer is the most intimate thing you can do in your marriage. Yes, it is. I tell God everything when I pray, and I am sure Jill does too. When we pray out loud together, we bring God completely into our prayer and marriage. Nothing is hidden, and all three of us become closer.

Sponsor Couple, Engaged Encounter and Marriage Retorno continue to help us remember what is important in our marriage.

In 2012, I retired from my first career as a park ranger and became the director at American Martyrs Retreat House, ­Cedar Falls. My 31 years as a park ranger made me a jack-of-all-trades and a master of “not much,” which is very helpful in managing AMRH. The building was built in 1960, so there are frequent facility and grounds needs that keep me busy.

What I enjoy most about working at AMRH is seeing how God is working in other people’s lives, and mine. Our Catholic high schools have a retreat for juniors called Kairos, which runs from Thursday through Sunday. Through the years, I have witnessed countless transformations over these weekends.

I recall a young man at a Thursday night dinner who was first in the buffet line. He sat at a table, and no one sat next to him, until there was nowhere else to sit. I watched as conversations happened around him, but he was not included. He had average looks, was short in stature, did not look athletic and seemed shy. On the last day of the retreat, this same young man (first in line again) sat in the same spot as Thursday night. However, this time the seats around him filled up first, and he was the center of attention.

An elderly woman arrived for a ­women’s retreat one fall. She was not sure she should be there because her husband ­(a farmer in his upper 80s) was helping the “boys” with the harvest. She prepared meals for them and put them in the fridge, so they would not go hungry.

After the first conference she asked me, “What do I do now?” I said take a nap, go for a walk, read or pray — it was up to her. She turned to Jill, who was with me, and asked her the same question and got the same response. She had no one else to take care of. She was here to take “care” of herself. When she left on Sunday, she seemed refreshed and at peace. We all need time to take care of ourselves, the kind of care that includes God.

This article is part of a series commemorating the 40th anniversary of the diaconate in the Archdiocese of Dubuque.

Deacon Al and Jill Weber are involved in preparing couples for marriage in Cedar Falls and Waterloo as part of their ministry. (Contributed photo) 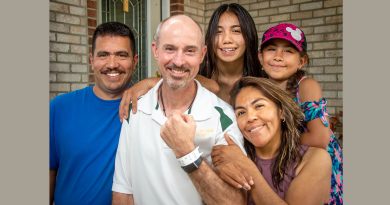 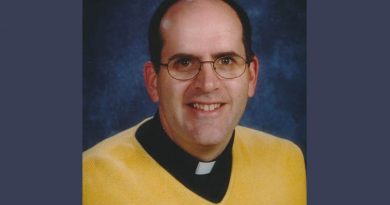 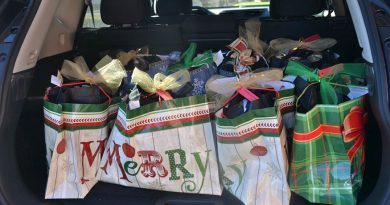