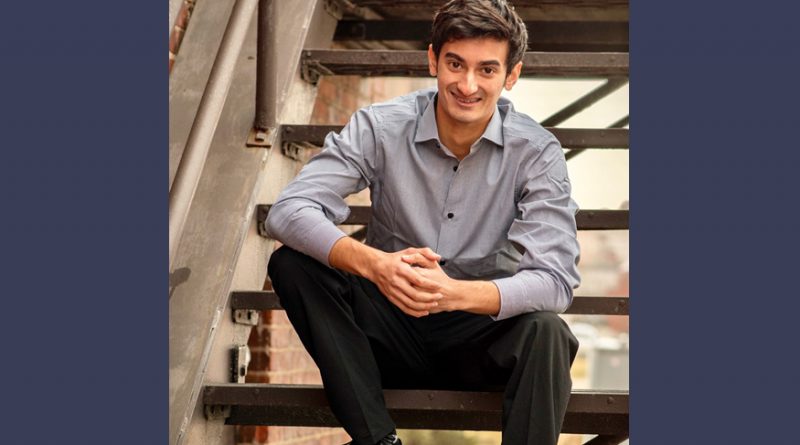 Had ties to Archdiocese of Dubuque

For The Catholic Messenger

Belz, a pre-medicine major in his second semester at the University of Iowa, was found unresponsive outside Halsey Hall on campus in the early morning hours of Jan. 30. He was later pronounced dead at a hospital. Local weather reports listed a temperature early that morning of around 22 degrees below zero with a wind chill of 50 degrees below zero. The University of Iowa had canceled classes from 5 p.m. Tuesday, Jan. 29, to noon Thursday, Jan. 31, due to the frigid temperatures.

The evening prayer service was open to the University of Iowa and Iowa City communities. Newman Center staff members were available after the service to anyone wanting to talk or seek grief guidance. “We are trying to give the proper response to a tragedy,” Father Jeff Belger, the Newman Center’s director, said about the prayer service.

Father Belger received permission from the Belz family to hold a prayer service in order to reach out to students and to aid in the grieving process. Five members of his family attended, including his parents, Michael and Sherine, and his brother, Andrew, all of Cedar Rapids; two aunts and his girlfriend. Students, faculty and community members also attended, many of whom did not known Belz personally. Many people who were in attendance were floor mates of Belz from Burge Residence Hall, where he lived while studying at the University of Iowa.

Earlier in the day, his family ­celebrated his funeral Mass at St. Jude Catholic Church in Cedar Rapids, where they are members. “He was a very kind and humble person,” a family member said after the prayer service.

Several people, even some who did not personally know Belz, spoke about him and offered comfort to his family. They talked about his kindness and strength and encouraged the family to have faith during this difficult time.

During the prayer service, Fr. Belger read from Scripture, a passage from Second Corinthians. “We are all part of one another,” he said. “If one part suffers, all parts suffer with it.”

The gathering prayed the Liturgy of the Hours, Evening Prayer for Office of the Dead, which is dedicated to the souls of the dead. “For we know that if our earthly dwelling, a tent, should be destroyed, we have a building from God, a dwelling not made with hands, eternal in heaven.”

Gabrielle Greco, liturgical ministry fellow at the Newman Center, led the prayer during the service. After the service she said that the end of life on earth is not the true end, but the beginning of life in heaven. Prayers prayed during the service had previously helped her through a family member’s death, and she wanted to share that same peace with the Belz family.

This story originally appeared in the Catholic Messenger of the Diocese of Davenport. Elizabeth Starr is a student at the University of Iowa majoring in journalism and mass communications. Her home parish is Our Lady of Lourdes in Bettendorf.

CEDAR RAPIDS — Gerald Belz, the Uni­versity of Iowa student whose death authorities believe to be the result of exposure to the extreme weather, was recalled as a compassionate young man of faith at a funeral Mass Feb. 4 at St. Jude Catholic Church in Cedar Rapids.

The liturgy held at Belz’s parish was concelebrated by Father Mark Murphy, pastor, and Father Jeff Belger, the Newman Center director for the university. Family, friends and members of the parish community came together to pray for Belz and mourn his loss.

“After his unexpected passing one catechist spoke of Gerald’s time in religious education,” said Father Murphy. “She com­mented he had a deep faith in the Eucharist, which she thought was profound for a person his young age.  Gerald became an extraordinary minister of holy Communion after his confirmation. Another catechist said Gerald always asked questions, wanting to know more about our Catholic faith, even staying after class continuing to ask questions.”

Belz’s death garnered national attention as one of an estimated 20 people nationally who reportedly died due to extreme temperatures. He was found unresponsive by a university police officer in the early morning hours of Jan. 30. Police are still investigating the incident, but believe his death was weather related, according to reports in the New York Times, Washington Post and KCRG TV.  As the full impact of the loss continued to be absorbed this week, the community united in grief and attempted to give comfort to each other.

“This time of sorrow at our parish helps me see how the parish serves as a family of faith,” said Father Murphy. “We have many requests of people wanting to know how they can help the family.  Many parishioners without a direct connection to the family came to the visitation or the funeral Mass to pray and express condolences.”

Belz was a pre-med student who would have turned 19 on Feb. 10. St. Jude Parish is hoping to come together with others in the community to help the Belz family and friends with love and faith.

“It’s a tragedy, but in this tragedy I see the church coming together as a family to grieve, to endure and hopefully find strength in the words of Jesus,” said ­Father Murphy.  Even the church beyond St. Jude is gathering together as Jesus’ family to pray.  The Newman Center at the University of Iowa had a prayer service in the evening on the same day as Gerald’s funeral.”

Gerald was born on Feb. 10, 2000, in New London, Connecticut, son of Michael and Sherine Belz. He attended Viola Gibson Elementary School, Harding Middle School, graduated from Kennedy High School in 2018, and was currently a pre-med student at the University of Iowa.

He was a member of St. Jude Catholic Church and the Cedar Rapids Headhunters Rugby Club. Gerald enjoyed playing video games. He had his amateur radio operator’s license, KD0LME, since the fifth grade. He had a big heart and a strong will, he presented a quiet tough persona, but was very compassionate. Gerald will be deeply missed by all who knew and loved him.

Instead of flowers, memorials may be directed to his family. 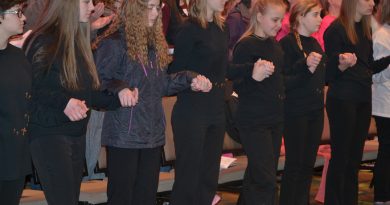 Perfect in Christ: Women’s conference draws over 600 to Cedar Rapids