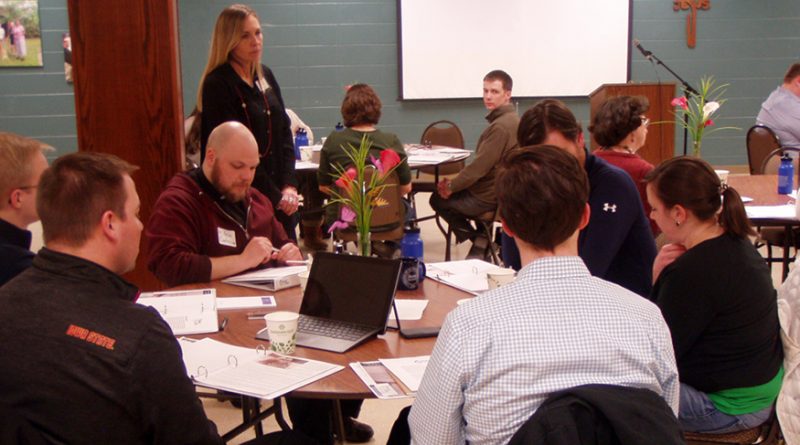 Training now being offered at parishes

DUBUQUE — Kate and Aaron Burke are among millions of people worldwide impacted by a heart-wrenching phenomenon that is  very common, but rarely discussed openly.

“We have had four miscarriages and one stillbirth, and I feel comfortable being with other people in their loss, because that’s what I needed in my loss,” said the mother, who is currently raising three living children with her husband.

The Burkes were part of a group of several dozen volunteers who recently attended a training session for “Behold Your Child” at St. Joseph the Worker Parish in Dubuque. The new ministry being offered at parishes around the archdiocese  aims to help those who have lost children, whether they’re currently in the midst of grief  or experienced it long ago.

Part of the healing process involves breaking down the unofficial code of silence surrounding miscarriages, stillbirth and infant death that leads many to suffer in isolation.

“Society kind of tells us don’t tell anyone (about a pregnancy) until three months or later,” said Burke. “But there’s all your loved ones that don’t know about this child that you had. It’s kind of awkward to bring it up later. The first (miscarriages) we brought up to our immediate family. After our stillborn baby, we brought it up (to more people).”

Connecting with a community aided the couple through emotional pain and a “spiritual desert.”

“It was hard to pray during those times, but we had people around us that supported us,” recalled Burke. “Those people were Jesus for us in those times. I think if people don’t have someone to walk with them then it would challenge their faith a lot more.”

Bringing Light to the Issue

There are about 1 million miscarriages, stillbirths and infant deaths in the United States each year, according to Matt Selby, director of the Marriage and Family Life Office of the Archdiocese of Dubuque. His office worked with Archdiocesan Office of Respect Life and Social Justice director Mark Schmidt and Lynne Lutze, clinical director for counseling at Catholic Charities, to develop “Behold Your Child.” They each spoke at the Feb. 28 training about the practical aspects of the ministry and also shared how the issue has touched them personally.

Selby began his opening talk by telling those gathered about his and his wife’s experience with eight miscarriages.

“When we shared the news with my parents of our first couple of miscarriages, my parents shared with us that they had lost a child to miscarriage between my older sister and I,” he said. “I had no idea.”

Miscarriage is defined as the loss of a child before 20 weeks’ gestation. In the United States, this takes place in 10-15 percent of pregnancies when the woman knows she’s pregnant, he said. Stillbirths occur when a child dies in the womb past 20 weeks, affecting about 24,000 babies a year. Death of infants can also occur within seconds to years after birth due to a “life limiting” issue, such as a disability. Today, these conditions are often detected before birth, which can lead to additional stresses for the family.

“When parents are given that diagnosis, there’s a lot of need for accompaniment,” said Selby.

During an introduction, Schmidt detailed his family’s own history, which included  his parents coping with multiple miscarriages and stillbirths and the loss of his oldest brother, Ronnie, who died after one month of life.

Lutze focused her presentation on teaching volunteers how to recognize mental health problems that can arise after someone loses a child, including depression, anxiety, substance abuse and  suicidal thoughts. She explained the basics of “mental health first aid.”

Mental health first aid can be summarized in the acronym ALGEE — assess for risk, listen non-judgmentally, give reassurance, encourage appropriate professional help and encourage self-help and other support strategies.

Lutze, who also shared stories of child loss in her own family, emphasized that the pain can be long lasting and affects fathers as well as mothers. She used her own brother-in-law’s experience after a stillbirth as an example.

“I remember (my sister) telling me that her husband was at the grocery store, he was buying apples or applesauce or something, and it just hit him.  … He actually broke down in the grocery store. … Grief hits us differently, at different times.”

Aaron Burke, who attended the training with his wife, could identify with ­Lutze’s example.

“A lot of times, there’s a lot of focus on the mother, and rightly so. … You feel like you have an obligation to be the support for your wife, but (you also have to) recognize that you need some support yourself.”

The training touched on church teaching and how Catholics can mark the lives of lost children using the prayers and rituals of the faith.

“There can be feelings of doubt or abandonment,” said Selby. “And your job as a minister in that moment is not nec­­essarily to provide a theological answer. There are explanations about why God allows bad things to happen. There are all sorts of things our church offers us as teachings. … Remember, you’re listening nonjudgmentally. You want to see where they’re at, what they’re going through, and so you don’t have to provide all the answers.”

Schmidt discussed naming ceremonies and how to obtain fetal remains. He also covered the liturgical rites and prayers that are available for families. Receiving grace through prayer and the sacramental life of the church were important for Dana Charland and her husband, Scott, another couple that attended the training.

They experienced multiple miscarriages and a stillbirth and were hopeful they could help foster grace for others.

“We had a lot of support at the time from our pastor and other people,” said Charland. “We had a  funeral. Through my faith, we believe those children are in heaven, and they can pray for us. We can pray for them. … For our other babies, we also had Mass. We had other people come over and pray the rosary. I think it’s another way of being pro-life — to acknowledge that those babies are real and their lives are real.”

Anyone interested in holding a training session for “Behold Your Child” should contact Selby or Schmidt at the Archdio-cesan Pastoral Center: 563-556-2580 or by email at m.selby@dbqarch.org or m.schmidt@dbqarch.org. For counseling services or questions on mental health first aid, Lutze can also be reached through the Pastoral Center or via email at l.lutze@dbqarch.org. The National Suicide Prevention Helpline can be reached at 1-800-273-8255 or by texting: #741 741.

Cover photo: Lynne Lutze, clinical director and counselor for Catholic Charities of the Archdio-cese of Dubuque (standing), observes a group discussion during the Behold Your Child training session Feb. 28 in Dubuque. (Photo by Dan Russo/The Witness) 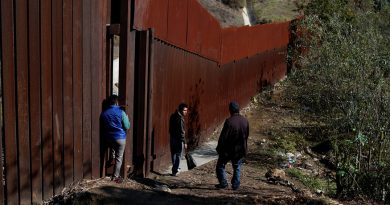 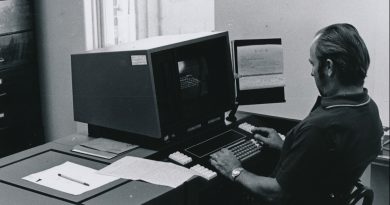 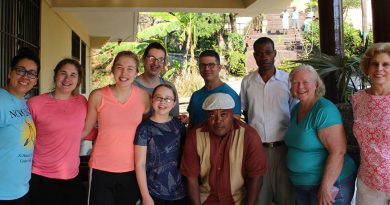