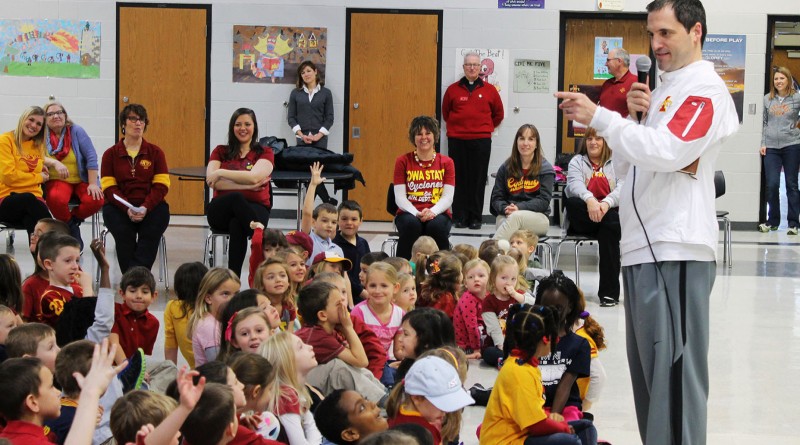 Talks about how faith influences his life and success

“We were very excited to get coach Prohm to give up part of his day, and it’s a very busy time for him,” said St. Cecilia Principal Ervin Rowlands.

Prohm, who is a member of the St. Cecilia parish, spoke during Thursday’s assembly about how faith plays a role in his life and his success on the basketball court.

“As I got older and I became in a position of leadership, I understood that the example that I set on a day-to-day basis and the people I come in contact with, I have to be someone that people can look up to,” Prohm told the students. “My biggest challenge to you guys is, especially at a school like this, is to surround yourself with really good people. That’s part of the reason I’ve been able to have some success and do well because the people you surround yourself … is what you stand for. Stay true to your values and respect those around you.”

Prohm took questions from the students, including what has been his favorite basketball game this season, which Prohm said was the win over the Hawkeyes because of the excitement of the last second shot and the atmosphere at Hilton Coliseum.

The students were then treated to a visit from Iowa State athletes who read a book to each classroom.

“Kids admire the athletes, and they love to have others come read to them,” Rowlands said. “They really take something away from the message and hearing from someone they look up to talk about school and faith.”

Throughout the week, St. Cecilia celebrated Catholic Schools Week with dress up days, service projects and other fun activities.

“It’s a celebration of Catholic schools and the special place they hold to our kids and families,” Rowlands said. “We try and highlight and do something every day. We try and make it energizing and that they get excited about this opportunity that their parents are giving them.”

Each day, students participated in service projects and, on Wednesday, raised $500 for Home for Awhile, an organization that seeks to reduce homelessness in the local community. Students also raised money and supplies for Food at First and for a service trip members of St. Cecilia will be going later this year.

The theme of this year’s Catholic Schools Week was “Communities of Faith, Knowledge and Service.”

This article is re-published with permission of The Ames Tribune. Rhinehart is a staff writer for that publication. 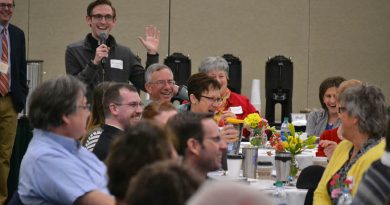 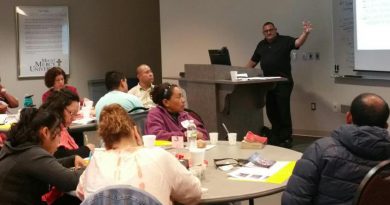