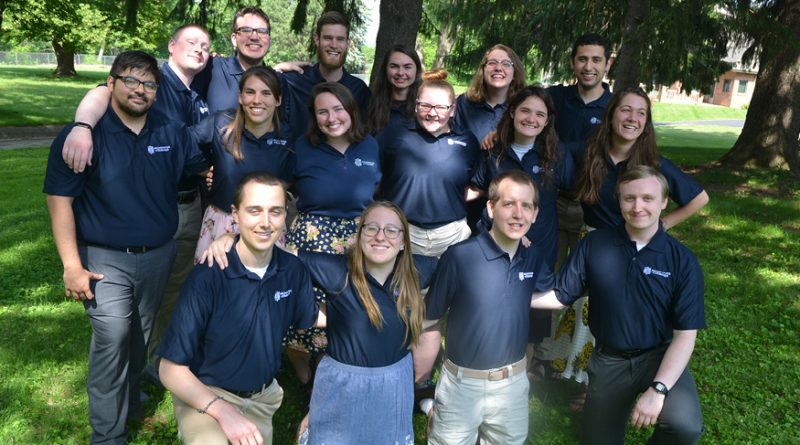 DUBUQUE — With 16 missionaries aiming to evangelize young people in over two dozen parishes this summer, the Totus Tuus program has stepped into its fourth year in the Archdiocese of Dubuque with swagger.

Before hitting the road to engage kids in grades 1-12 through weeklong sessions, each team of four made videos to send to all the locations they would be visiting. Each offering was unique, incorporating the creativity of the individual missionaries. In one case, a team delved into the hip-hop genre, opting for a bit of laughter filled rehearsal at the pastoral center in Dubuque before filming the final cut.

As Chris Stoker, Lizz Parsons and Nicole Lengmann beatboxed and sang back up, Brian O’Donnell rapped:

“What’s up y’all, it’s your Totus Tuus team, let me tell you about this year’s theme.”

“We’ve got the luminous mysteries and the creed, that’s right — go put that on your Twitter feed,” said O’Donnell, as he and his teammates moved together in a choreographed dance.

Class is in session, but there ain’t no quiz.

So call your friends and get to the parish.

Because 2018 is going to be something you cherish.”

Totus Tuus is a catechetical program dedicated to sharing the Gospel and promoting the Catholic faith among children and youth. The name is a Latin phrase meaning “Totally Yours,” which was the motto of Pope St. John Paul II. It is taken from St. Louis de Montfort’s “True Devotion to Mary” and expresses the desire to give oneself entirely to Jesus through his mother. The program is based on five pillars: The Eucharist, marian devotion, catechetical instruction, vocational discernment and fun.

The fact that teaching about the faith can also involve a good time was evident at a high-energy meeting of the missionaries just a couple of days before they set off. Lydia Brown, of All Saints Parish, Cedar Rapids, her team’s musician, balanced her guitar case next to her knee as she reflected on why she decided to join the program.

“I want to be a missionary to spread the love of God that I have personally experienced and to share that with others,” she said. “I specifically wanted to do Totus Tuus in the Archdiocese of Dubuque because this is where I’m from, and I wanted to serve Iowa specifically. I’m looking forward to working with the kids and having fun.”

The first year Totus Tuus started in the archdiocese, there was only one team of four missionaries. There has been major growth since then. Kevin Feyen, director of adolescent faith formation for the archdiocese estimates the missionaries will encounter about 1,000 youth during their sessions this summer.

“I think we know better what we’re doing,” said Feyen. “Every year we get better.”

Aside from Feyen, there are two team managers that assist and oversee the teams. Chris Stoker, of St. Thomas Aquinas Parish in Ames, is one of the returning missionaries who served last year as well.

“The kids taught me a lot, more than I expected, and I wanted to come back because I had saw just a lot of faith and joy within the youth,” said Stoker, who is a seminarian for the archdiocese. “A lot of people think the church is dying or there isn’t any hope in young kids, but there is. I think they will do amazing things for the church. There’s so much hope for the future. I’d like to be of service to those kids.”

This year’s sessions are from June 10-Aug. 3. The missionaries’ videos (including the one described in the article) and other information about the program can be seen  here 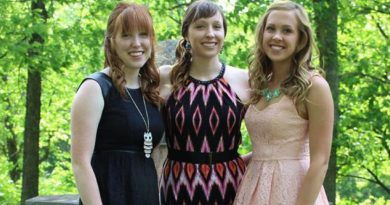 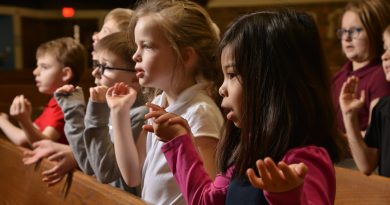