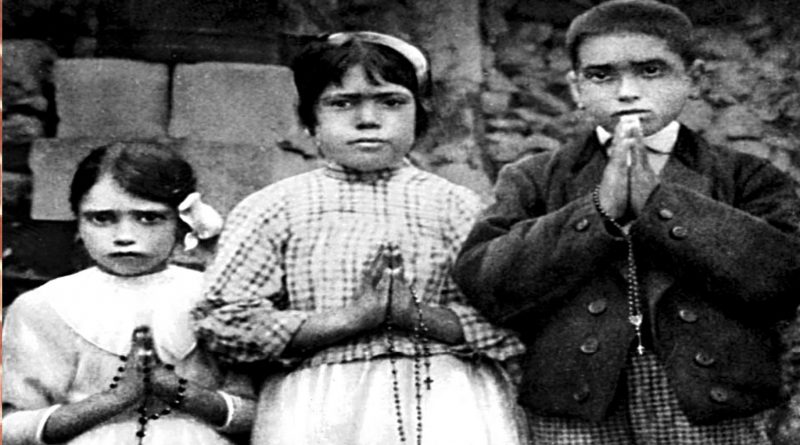 DUBUQUE — This year the Catholic Church celebrates the 100-year anniversary of the events surrounding Fatima,  Portugal, where three children saw visions of the Virgin Mary beginning on May 13, 1917, and again on the 13th day of five subsequent months.

In the Archdiocese of Dubuque, Catho­lics have been engaged in activities to mark these events — some private and some public. Last week in The Witness, an article highlighted the ongoing devotion to Mary through the Pilgrim Virgin ­statue program. This effort brings a statue of Our Lady of Fatima to private homes for a week at a time in places such as Cedar Rapids, Marion, Dubuque, Key West, Atkins and other communities. Participants pray the rosary privately and also pray for special intentions.

Another example of local events ­related to the Fatima anniversary is taking place at St. Wenceslaus Parish in Cedar Rapids. On the 13th of each month since June, the parish has been hosting a public veneration and prayer service, which will conclude in October, on the day of the last apparition.

For the 100th anniversary of the apparitions of Our Lady of Fatima, Pope Francis has decided to grant a plenary indulgence opportunity throughout the entire anniversary year, which began Nov. 27, 2016, and will end Nov. 26, 2017.

On May 13 of this year, the pope declared two of the Fatima children, Francisco and Jacinta Marto, saints at the start of Mass marking the centenary of their visions. A half-million people watched in the vast square in front of the Our Lady of Fatima shrine’s basilica in Portugal, the Vatican said, citing Portuguese authorities.

In Dubuque, a series of speakers has been visiting Nativity Parish on Saturday mornings once a month to discuss various aspects of Mary’s Fatima message.

Some of the speakers included Father Jerry Kopacek, director of spiritual formation for St. Pius X Seminary in the archdiocese, and Tony Digmann, theology teacher at Beckman Catholic High School in Dyersville and a published author.

In Digmann’s talk Aug. 5 in the parish’s O’Brien room, he focused on the fourth apparition of Fatima. He discussed the stories of the young children who endured suffering for their faith and the “third ­secret” of Fatima.

“I think you can see in their lives heroic virtue,” said Digmann. “I’m inspired by the children.”

Digmann recounted some of the mystical and miraculous elements of the Fatima story, but explained Our Lady of Fatima’s appearances were geared toward pointing people to simple activities of prayer and penance.

“The core message is ‘Stay close to my son (Jesus),’” said Digmann.

More events are planned locally and worldwide as the anniversary of the final apparition of Fatima approaches on Oct. 13. Below is a summary of the history of Our Lady of Fatima (from a recent Catholic News Service article by author Michael O’Neill):

While tending sheep in a field, Lucia dos Santos and her two younger cousins, Blesseds Francisco and Jacinta Marto, reported seeing a woman dressed all in white, “more brilliant than the sun, shedding rays of light clearer and stronger than a crystal glass filled with the most sparkling water and pierced by the burning rays of the sun.”

Calling herself “Our Lady of the Rosary,” Mary asked the children to pray the rosary daily for the conversion of sinners. She asked for prayer, penance and the consecration of Russia to her Immaculate Heart.

On Oct. 13, 1930, Bishop Jose Alves Correia da Silva of the Diocese of Leiria-Fatima announced the results of the investigative commission and formally approved the apparitions. Every pope thereafter has recognized these events and has emphasized the importance of Our Lady of Fatima and the devotion to her Immaculate Heart.

The most spectacular of the apparitions was the sixth and final one on Oct. 13, 1917, when Mary appeared with St. Joseph. A crowd of 70,000 witnessed the sun dance, spin, display in various colors and descend on them, drying their rain-soaked clothes and the land. The sun miracle was reported by people as far as 40 miles away.

Due to the 1918 influenza epidemic, the two younger children did not live long beyond the apparition events. Francisco, 10, requested his first Communion on his deathbed and passed away the following day, April 4, 1919. Jacinta died on Feb. 20, 1920, at age 9 after an unsuccessful operation for an abscess in her chest.

Lucia became a postulant at the convent of the Institute of the Sisters of St. Dorothy at Pontevedra, Spain, but later entered the Carmelite convent in Coimbra, Portugal, where she remained until her death in 2005.

Mary had given the children a secret in three parts. The first was a vision of hell. She also spoke of impending war and the need for the consecration of Russia to her Immaculate Heart; otherwise, communist Russia would “spread her errors throughout the world.”

On May 13, 2000, St. John Paul II, at the end of Mass in Fatima with Sister Lucia in attendance, authorized Cardinal Angelo Sodano, Vatican secretary of state, to make a statement regarding the third secret of Fatima, where he related the image of a “bishop clothed in white” getting shot.

After the assassination attempt by Mehmet Ali Agca of Turkey on St. John Paul in St. Peter’s Square on May 13, 1981 (feast of Our Lady of Fatima), the pope believed that the secret applied to that event.

The next year, he took a bullet fragment that had entered his body and had it placed in the crown of the famed statue of Our Lady of Fatima in Portugal. Sister Lucia herself indicated that she agreed with this interpretation of it as a prophetic vision of the struggle of atheistic communism against Christianity and the sufferings of the victims of the faith.

That day, St. John Paul made the feast day of Our Lady of Fatima universal by including it in the Roman Missal and beatified the two deceased seers, Jacinta and Francisco. When canonized, they will become the youngest nonmartyred saints in church history.

In 2008, Pope Benedict XVI lifted the normal five-year waiting period to begin the canonization process of Sister Lucia dos Santos who died at age 97 in 2005. Fatima has become an important place of pilgrimage with 5 million people per year coming to the Basilica of Our Lady of the Rosary which was first begun in 1928.

This 100th year of the Fatima apparitions is cause for great joy and celebration as are any of the very rare, highly approved and celebrated examples of the miraculous found in the Catholic Church such as Lourdes, Guadalupe, Divine Mercy and the Sacred Heart of Jesus visions of St. Margaret Mary Alacoque, examples with papal recognition, canonized visionaries, basilicas and feast days on the Roman calendar.

It must be remembered by the faithful however that these events belong to private revelation, as opposed to public revelation, that which is meant for all people for all time and has been completed by Christ.

When giving its approval to such spectacular supernatural events, the competent authority — normally the local bishop — is declaring that they are “worthy of belief.”

Catholics are under no obligation to place their belief in such occurrences.

Whatever the significance of the Fatima apparitions is for each us of personally, this 100-year anniversary of these apparitions is a reminder of the central message of the Gospels, calling us to conversion and bringing us closer to Christ.

PHOTO: Portuguese shepherd children Lucia dos Santos, center, and her cousins, Jacinta and Francisco Marto, are seen in a file photo taken around the time of the 1917 apparitions of Mary at Fatima. (CNS photo/EPA) 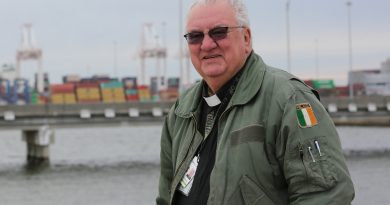 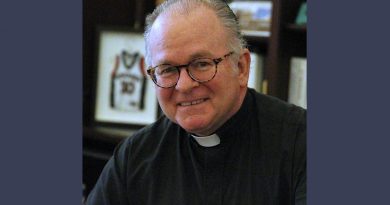 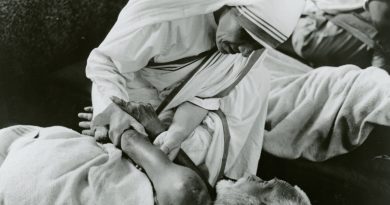 The story of Blessed Teresa of Kolkata