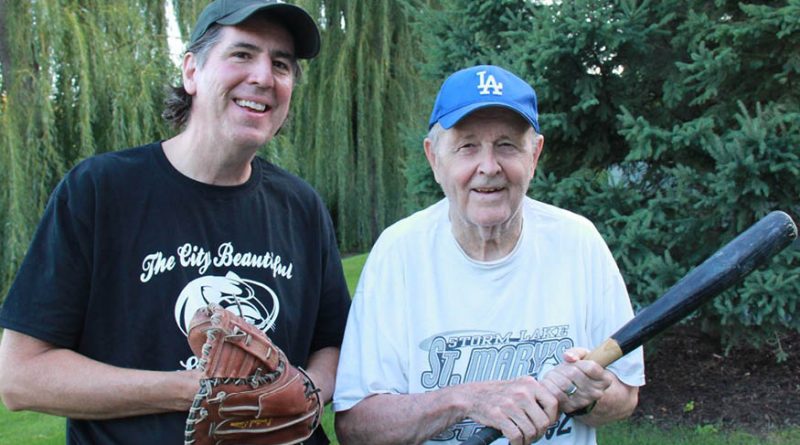 MINNEAPOLIS — Early in my career I sold advertising for a small magazine.  One prospective client, a Baptist minister, implied that he was likely to purchase an ad if I attended one of his services, which I did, pen and contract in hand. During the service the minister asked everyone to lower their heads, close their eyes, and raise their hands if they’d been saved by the Holy Spirit. I got the distinct impression that this service would continue on until my hand was raised, which I eventually did so, very tentatively. Afterward, the minister confronted me. “You should know when the Holy Spirit has saved you.  It’s like being hit by lightening!”

But my spiritual journey was less a single dramatic event, and more so a series of sequential steps, some even predestined before I was born.  I begin all my readings by telling the story of my Uncle Tommy, my namesake, and explaining his legacy. Iowa, like Minnesota, originally had two different paths to a high school state championship—one for public, the other, private. In 1943 all schools were combined into one tournament. Uncle Tommy led an undefeated Bancroft St. John team to the Fall Iowa State Baseball Champion­ship game and then pitched and won that game. St. John became the first private school to win a championship of any sport in Iowa.  He was a hero in Bancroft, a baseball star who excelled despite suffering from severe juvenile arthritis. He parlayed that success and charm to finagle my grandfather to influence the Army to accept him during World War II despite this obvious deferment. In gratitude he trained for the most dangerous position in the Army, portable flame thrower. He was killed in the Philippines in 1945.

I would carry the name of my Uncle Tommy, a baptismal name originally chosen by my grandparents, who were Irish and Catholic, two ancestries that are indistinguishable. With that name would come a responsibility to model the virtues of devotion to the Catholic Church. After baptism my sacramental journey continued with matter-of-fact orderly passages always celebrated with friends in a community setting: Eucharist, confirmation, reconciliation and marriage.

I was born and raised in northwest Iowa. In the late 1950s through mid-1960s my father was one of a very few lay teachers, and the only coach at St. Mary’s, a kindergarten-grade 12 Catholic school in Storm Lake. My parents explained that the Sisters of the Presentation of the Blessed Virgin Mary in Dubuque were our family, like aunts and in some cases grandparents. All cared for my educational and spiritual development with a life and death passion.

I was an average student at best.  I often boasted about the few subject areas that peaked above the 50 percent line on the Iowa Basic Skills Tests because my friends often scored lower. Without the intense dedication of the Sisters of the Presentation I would not have discovered the joy of reading nor been disciplined for the rigors and proficiency of writing a novel.

My legacy is to pass the best of that way of life along to others, especially my children.  I wrote “Fathers, Sons, and the Holy Ghosts of Baseball” to provide a window to a small town in northwest Iowa just big enough to support two bars, a Catholic church and a baseball field.  Praying and playing baseball are two of the town’s primary activities.  Actually, they’re one in the same in a town where baseball is also a religion. In this story the entire town pulls together to confront their very own hopes and fears in order to win the 1974 Summer Iowa State Baseball Championship. Characters in this story rely on all seven sacraments to give them the grace and strength to address the obstacles and challenges of life.  Bottom line up front—there are no quick fixes.

One of my personal heroes, Dorothy Day of the Catholic Worker Movement, spoke about a harsh and dreadful love that she practiced in her spiritual journey. Though I never met Dorothy Day I did meet another hero, Msgr. James Lavin, every morning at the University of St. Thomas for daily Mass. That saintly priest may have taught me the most valuable lesson about writing and life which is, “Show up every day and work at it and eventually something will come of your effort.” It wasn’t until I graduated from St. Thomas in 1978 that I began writing words, sentences and eventually pages that would grow into a complete novel. I came full circle when The University of St. Thomas selected “Fathers, Sons, and the Holy Ghosts of Baseball” for their Book of the Month Club. I presented the library there with a copy inscribed in gratitude to Msgr. Lavin.

When my mother passed on in 2012 our family asked that in lieu of flowers, donations be made in gratitude to our extended family of the Sisters of the Presentation. My story is reflected in those sisters, priests and laypeople of the church as well as those I have met who model the virtues of the church. All have enriched my spiritual journey as I must now do for others.

“Fathers, Sons, and the Holy Ghosts of Baseball” is available at all bookstores, Knippel’s Religious Gifts in Dubuque and The Ark Catholic Books and Gifts Shop in Cedar Rapids. Tommy Murray is a parishioner at St. Joan of Arc in Minneapolis. He will be signing books at Barnes and Noble in Cedar Rapids at Northland Square on Tuesday, Feb. 27  from 2 -5 p.m.

PHOTO: Author Tommy Murray (left) is pictured with his father, who was also his first baseball coach. Murray’s novel, “Fathers, Sons, and the Holy Ghosts of Baseball,” tells a story, based on the author’s experiences growing up in a small Iowa town whose culture revolved around baseball and the church. (Contributed photo) 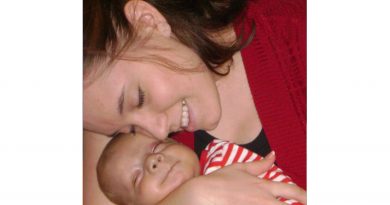 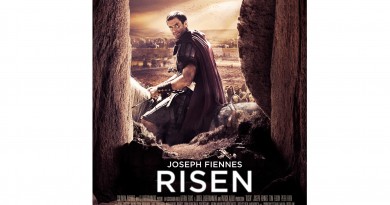 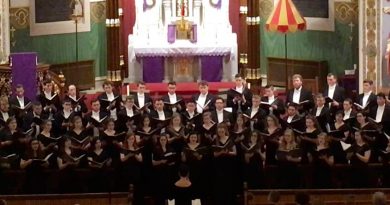