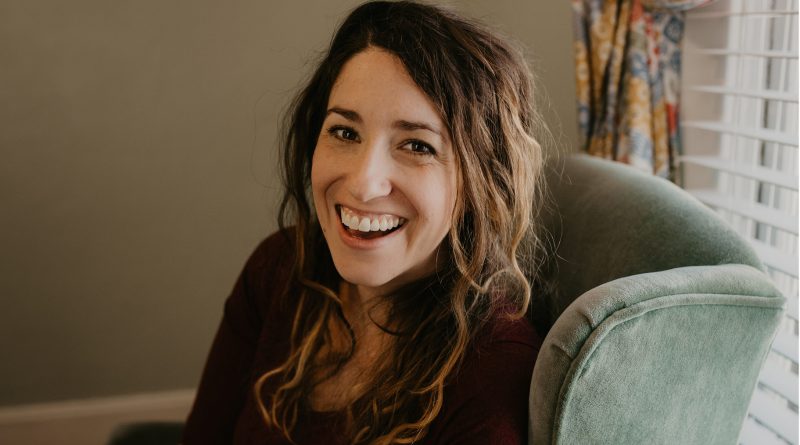 AMES — At 26 years old, flying overseas to be a long-term evangelical missionary in Southeast Asia, I intended to change the world — I never expected that it would first change me. I certainly never expected to write a book about it.

I had big dreams, you see: dreams of saving the lives of orphans, rehabilitating human trafficking victims, leading street kids to Jesus. So when I was only met with my own limitations, inadequate preparation, and general ineffectiveness, the disappointment was debilitating. The pain of my perceived failure was intensified by the separation I felt between myself and the local people. In all my certainty that I was the one with something to offer, I had no way to enjoy authentic relationships with the people around me. If I were to “sell” the Gospel, I couldn’t afford to look weak. After all, the Gospel was all about victory. Wasn’t it?

When missions turned out not to be my road to greatness, I began to look elsewhere. My husband and I moved back to the States and I felt sure that motherhood would be the avenue through which my gifts of compassion and mercy could best glorify God. We adopted our first child from Uganda and I felt the temporary satisfaction of having “made a difference in the world.” Yet the triumph was short lived.

Once again, I realized I was not prepared for what I had signed up for. My son had experienced deep trauma in his first year of life and needed more than the popular parenting books and gurus could offer. Day after day, I fell short. Day after day, I cried out to God to heal my child of his suffering or, at least, make me a more fit parent for his specific needs. My marriage was strained, my mental health unraveling and my faith struck by deep doubt and despair. The evangelical foundation of my Protestantism had taught me that healing was always God’s will; I didn’t know what to do as we all crumpled under the weight of it not coming.

In my desperate search for consolation, I began to read more Catholic views of suffering — words in books and websites, and ultimately the Catechism, that pointed me toward the suffering of Christ. Nothing before had been able to touch these broken places of my heart, yet suddenly I found intimacy with God rekindled within me. As someone who hadn’t suffered much in life, this was a part of Jesus I had never identified with.

Through these hardest years of my life, I met Jesus in his humanity in an entirely new way that blew my Bible-school-trained mind. I was taken aback to find a deeper part of him communing with me in my weakness than I had ever begun to imagine in my strength. The hardship didn’t disappear, but it did come to hold a meaning I never could have anticipated. I realized that this was a transformational point in my life: I could choose comfort, fleeing in self-preservation figuratively if not literally, or I could choose conversion.

At the same time, my family became involved with a Catholic Worker house near us in Denton, Texas, where we were accepted and included, just as we were. There were no masks here, just raw humanity reaching out for the companionship of one another. Our weakness was welcomed.

In the Catholic Worker I saw a new way to serve God in the world: by letting myself be served, too. Unlike other ministries I’d been involved in, the Catholic Worker emphasized reciprocity in relationships. Here every person stood on equal footing, whether they be a middle class college student or an elderly drug addict. Everyone had something to offer because everyone had the dignity of bearing the image of God. I was introduced to the word solidarity, which in Catholic social teaching simply means the interdependence of living as brothers and sisters with all human beings. Through the example of my brothers and sisters in the Catholic Worker, I came to allow my own weakness to propel me into empathy and connection with others. Also thanks to their example of Catholi­cism that year, my family and I became Catholic.

Who knew that the pain of self-disillusionment I experienced in missions and parenting would draw me closer to Christ than “success” ever could? Yet as I mature, I find I am not alone on this journey. Each of us can allow our weaknesses to be the very thing to usher us into a more vibrant spiritual life of connection to God and compassion for others. In fact, seeing the universality of this human experience propelled me to write a book about it. “Embracing Weakness: The Unlikely Secret to Changing the World” (Our Sunday Visitor, 2019) is not just my story, it is the story of the transformation of every Christ-follower, if only we are willing.

Shannon K. Evans is a parishioner at St. Thomas Aquinas Catholic Church in Ames, a wife, and a mother of five. Her new book, “Embracing Weakness: The Unlikely Secret to Changing the World,” is available now from Our Sunday Visitor. 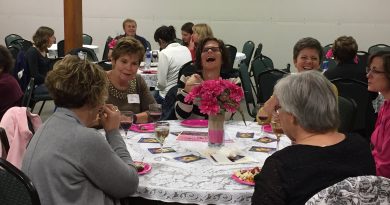 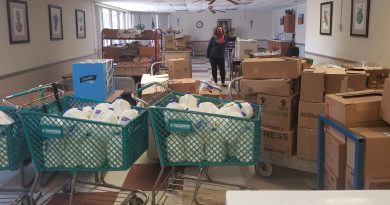