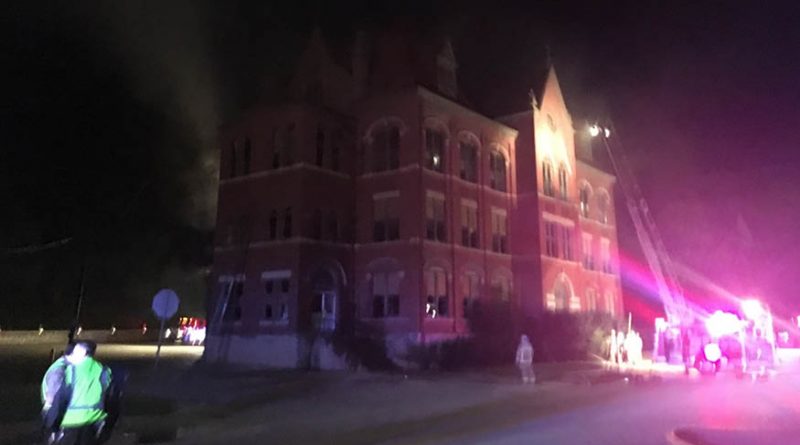 DUBUQUE — A fire at a building in Dubuque that was previously used as a Catholic school and convent did not impact the property or activities of a neighboring parish, according to Father Dwayne Thoman, pastor of Holy Spirit Parish

“None of our other buildings have been affected,” he said.”It has not impaired parish activities.”

Holy Spirit Parish includes the churches of Holy Ghost on Central Avenue, Holy Trinity on Rhomberg Avenue and Sacred Heart on Windsor Avenue and the Holy Ghost School. The Dubuque Fire Department responded about 6:30 p.m. Sept. 23 to the former Holy Ghost school building and convent at 2901 Central Ave. Authorities were able to get the blaze under control after several hours and are investigating the cause as “suspicious,” according to reports from The Telegraph Herald, Dubuque’s daily newspaper.

The building used to be part of the Holy Ghost Church and School campus until it was sold to a private party several years ago. Holy Ghost School currently uses another building nearby, which is also close to the church on Central Avenue. When the former school building was sold, there were hopes that it might be renovated and used for another purpose, but so far the new owners have left the building vacant, said the pastor.

“I have no information about the owners and their plans,” said Father Thoman. “They did put in a new electrical hook-up about three years ago, but nothing has happened since. I think parishioners are concerned because we are just watching the building deteriorate — and I’m sure many have fond memories of the place.”

Holy Spirit Parish also sold the building on the Sacred Heart Church campus in the 2200 block of Windsor Avenue that used to contain that church’s school. The new owners of that facility are in the process of redeveloping it.

“Much progress is being made on the Sacred Heart school, but nothing is happening at (the former Holy Ghost school building),” said Thoman.

After the fire was extinguished, broken windows were boarded up. The building sustained some damage, but is still standing, according to Father Thoman. Investigation into the fire was ongoing as of The Witness deadline.

Photo: Fire department and police personnel respond to the blaze at the former Holy Ghost school building at 2901 Central Ave. in Dubuque. The fire Sept. 23 was extinguished and the cause is under investigation. (Contributed photo) 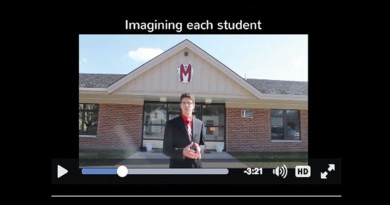