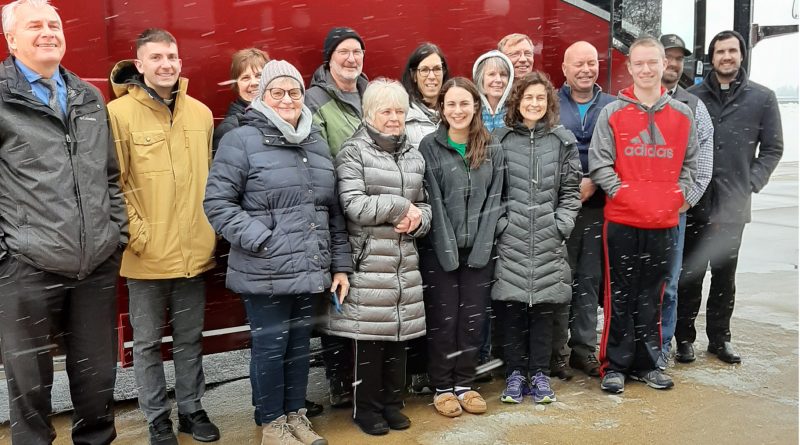 Around the Archdiocese
February 10, 2020 Bret Fear

MARSHALLTOWN — On Jan. 22, 1973, the U.S. Supreme Court legalized abortion, the termination of life within a woman’s uterus, throughout the United States. One year later on Jan. 22, 1974, 20,000 persons walked in the first March for Life, calling for the reversal of the Supreme Court decision.

The call to end abortion has continued with the 47th March for Life held this year on Jan. 24.  From around the world, 325,000 persons participated.

By walking up Constitution Avenue to the Supreme Court building, pro-life persons visibly support their belief in the right to and dignity of life.  Mary Lyon, Marshalltown participant, stated, “It was gratifying to my husband and me to speak up for those who can’t speak for themselves.”

Ten Marshalltown persons joined the march for the first time. Mark and Mary Mauk took part for the second time. In 2019, they were the only Marshalltown participants. Inspired by their experience, they spent 2019 campaigning for the march, encouraging others to go. “Congress needs to realize there are those who support the rights of the unborn. By marching in Washington, the March for Life movement annually reminds Congress of our existence with a loud voice that must become louder until we are heard by all in Congress and not ignored,” stated Mary.

This year’s march also affected first timers. “I felt so many emotions,” reflected Rose Groteluschen. “I met and talked to many different people as we marched for three hours.  It was a somber atmosphere; I was sad, thinking of all I was marching for, thinking of all the abortions that have been performed.

“I was so impressed with all the youth present.  Eighty percent of those who participated were youth, some wearing ‘We are the pro-life generation T-shirts.’ Their presence gives me hope for the future.”

“I was impressed with how positive, joyful and prayerful the march was,” commented Karen Mroz. “I was proud and humbled to be a part of such an amazing group of people.” Mroz agreed with Groteluschen, “And so many youth!”

One of those youth was Jacob Thomas, 18. For Thomas, the march was a family affair; his father participated as did his maternal grandmother and grandfather. “I’ve always been pro-life,” he said. “This gave me an opportunity to stand up for my beliefs.”

An aspect of the march which impressed Thomas was President Trump’s speech at the pre-march rally. This March for Life was the first one at which a sitting presi­dent addressed participants. Thomas’ family walked to the starting point of the march early, so they were about “40 yards from the president. If we stood on our tiptoes, we could see him.”

The charter buses returned to Iowa early Sunday morning, Jan. 27. Participants have slept in their own beds and caught up on sleep. But what now?

Mark and Mary Mauk chair the Marshalltown pro-life committee Culture for Life. Because of their research, the committee’s board is in the process of establishing a Guiding Star center, which will offer alternative health care to women.

Groteluschen is determined to “… do more. The media gave little coverage to the march, but so many people with convictions were there. I came away with, ‘What can I do locally?’ I want to get involved with Guiding Star and state initiatives.”

“I’ve picked up the pro-life mantle at New Hope Christian,” stated Mary Lyon. “I want to educate members about pro-life and to encourage them to become involved, to participate in the March for Life next year.”

Mroz concluded, “I would certainly do this again, and plan on it. It is not a vacation, but truly a pilgrimage for the sacredness of life and the goodness of God.” 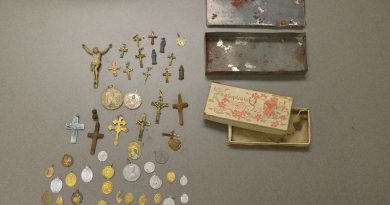 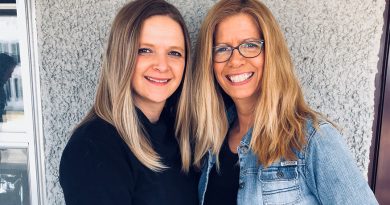 Mother and daughter becoming Catholic together

Volunteers from archdiocese travel to Honduras